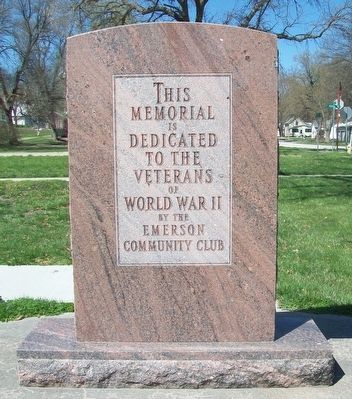 [Others not transcribed]. . This memorial was erected by Emerson Community Club. It is in Emerson in Mills County Iowa

This memorial is dedicated to
the Veterans of World War II

Location. 41° 1.006′ N, 95° 24.232′ W. Marker is in Emerson, Iowa, in Mills County. Memorial is at the intersection of Morton Avenue and King Street, on the left when traveling west on Morton Avenue. Touch for map. Marker is at or near this postal address: Evans Memorial Park, Emerson IA 51533, United States of America. Touch for directions. 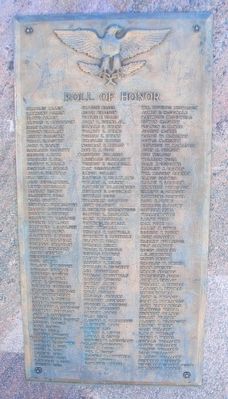 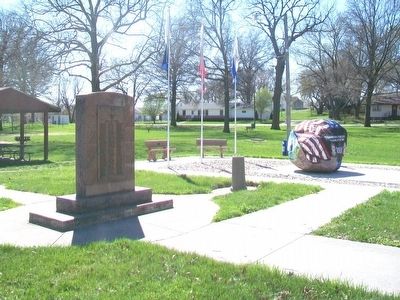