Walnut Creek's Veterans Memorial Building was both a meeting place for local veterans and other groups and a popular site for weekend dances. The building also doubled as a County courthouse. Local veterans now have a new building in Lafayette.

Topics and series. This memorial is listed in this topic list: War, World I. In addition, it is included in the California - Walnut Creek Heritage Walk series list.

Location. 37° 53.786′ N, 122° 3.69′ W. Marker is in Walnut Creek, California, in Contra Costa County. Memorial is on Locust Street near Olympic Boulevard, on the right when traveling south. Touch for map. Marker is at or near this postal address: 1201 Locust Street, Walnut Creek CA 94596, United States of America. Touch for directions. 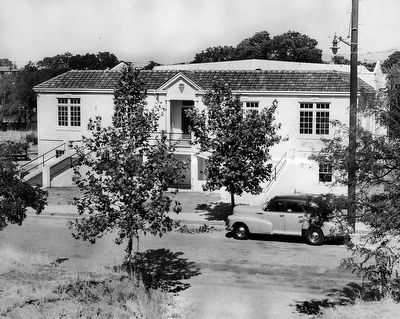 This marker is a part of the Walnut Creek Heritage Walk. 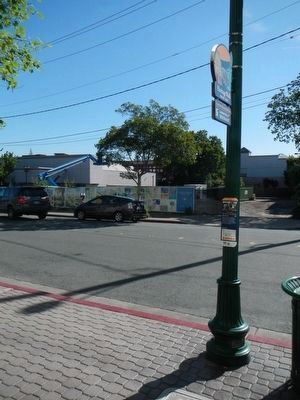