Site of the Reynolds Presbyterian Academy 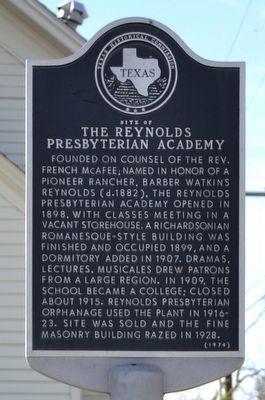 Founded on counsel of the Rev. French McAfee; named in honor of pioneer rancher, Barber Watkins Reynolds (d. 1882). The Reynolds Presbyterian Academy opened in 1898, with classes meeting in a vacant storehouse. A Richardsonian Romanesque-style building was finished and occupied 1899, and a dormitory added in 1907. Dramas, lectures, musicales drew patrons from a large region. In 1909, the school became a college; closed about 1915. Reynolds Presbyterian Orphanage used the plant in 1916-23. Site was sold and the fine masonry building razed in 1928.

Topics. This historical marker is listed in this topic list: Education. A significant historical year for this entry is 1898.

Other nearby markers. At least 8 other markers are within walking distance of this marker. Trinity Episcopal Church (a few steps from this marker); First United Methodist Church of Albany 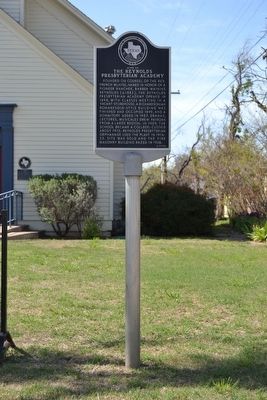 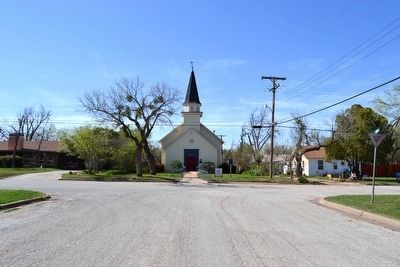