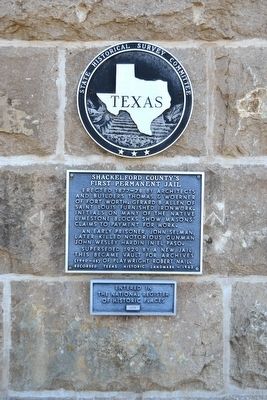 Erected 1877-78 by architects and builders Thomas & Woerner of Fort Worth. Gerard B. Allen of Saint Louis furnished ironwork. Initials on many of the native limestone blocks show masons’ claims to payment for work.

Topics. This historical marker is listed in this topic list: Notable Buildings. A significant historical year for this entry is 1877. 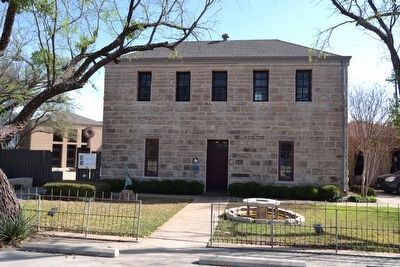 Photographed By Duane Hall, March 23, 2016
2. First Permanent Jail of Shackelford County
Marker is mounted on front wall to the left of the door entrance