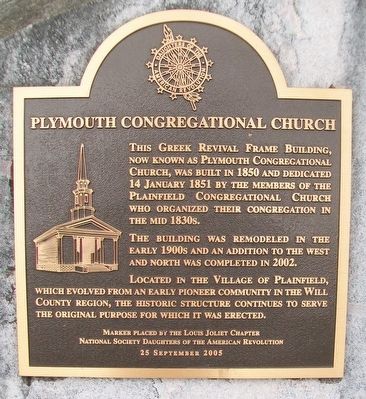 The building was remodeled in the early 1900s and an addition to the west and north was completed in 2002.

Located in the Village of Plainfield, which evolved from an early pioneer community in the Will County region, the historic structure continues to serve the original purpose for which it was erected.

Topics and series. This historical marker is listed in this topic list: Churches & Religion. In addition, it is included in the Daughters of the American Revolution (DAR) series list. A significant historical date for this entry is January 14, 1851. 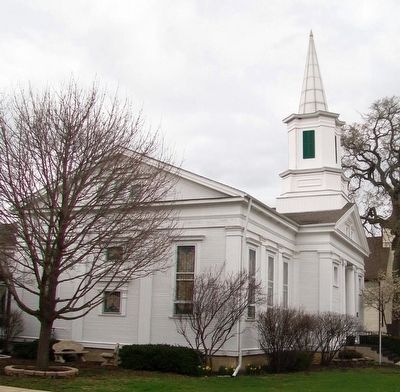 Click or scan to see
this page online
of Lockport Street and Illinois Street, on the right when traveling west on Lockport Street. Touch for map. Marker is at or near this postal address: 24022 Lockport Street, Plainfield IL 60544, United States of America. Touch for directions.

More about this marker. Marker is near the main entrance stairway. 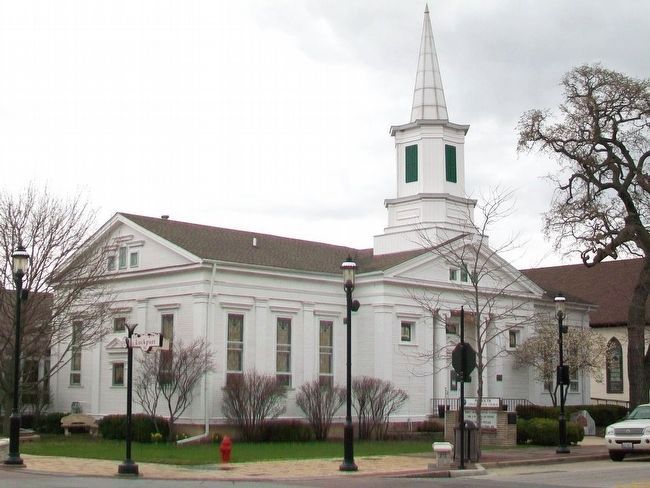