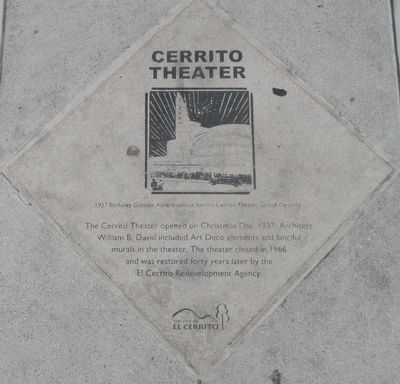 The Cerrito Theater opened Christmas Day, 1937. Architect William B. Davis included Art Deco elements and fanciful murals in the theater. The theater closed in 1966 and was restored forty years later by the El Cerrito Redevelopment Agency.

Erected by City of El Cerrito.

Topics and series. This historical marker is listed in this topic list: Entertainment. In addition, it is included in the Art Deco, and the California - El Cerrito - San Pablo Avenue Historical-Cultural Pavers series lists. 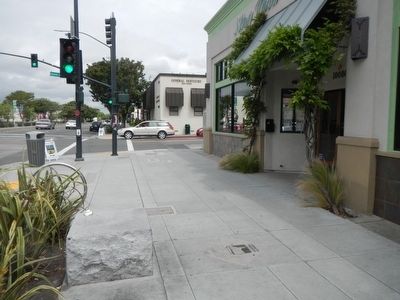 More about this marker. This marker is at the southeast corner of San Pablo and Central Avenues.
This marker is one of The City of El Cerrito's Historical-Cultural Pavers. 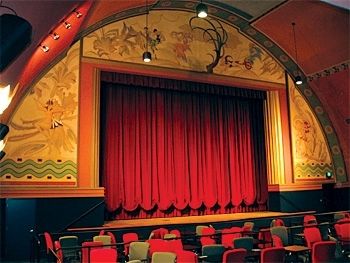