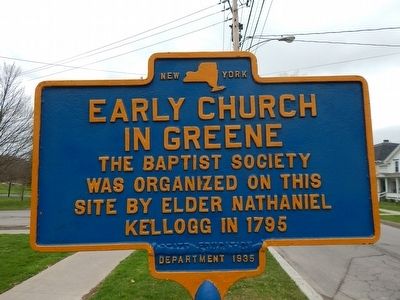 Photographed By Scott J. Payne, April 23, 2016
1. Early Church In Greene Marker
Inscription.
Early Church In Greene. . The Baptist Society was organized on this site by Elder Nathaniel Kellogg in 1795 . This historical marker was erected in 1935 by State Education Department. It is in Greene in Chenango County New York

Topics. This historical marker is listed in this topic list: Churches & Religion. A significant historical year for this entry is 1795. 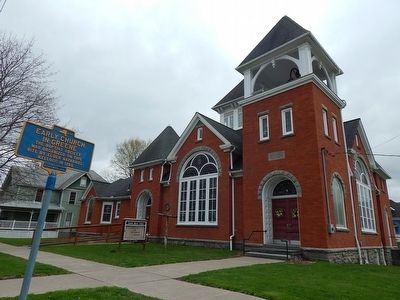 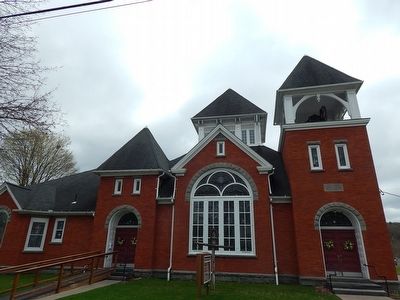