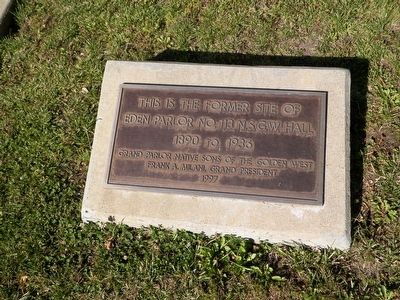 Erected 1997 by Native Sons of the Golden West, Frank A. Milani Grand President.

Topics and series. This historical marker is listed in this topic list: Fraternal or Sororal Organizations. In addition, it is included in the Native Sons/Daughters of the Golden West series list. A significant historical year for this entry is 1890. 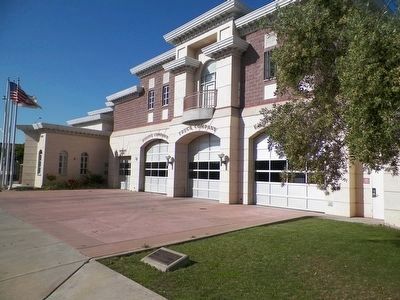 Photographed By James King, April 25, 2016
2. NSGW Hall - Eden Parlor No. 113 Site
The site is now occupied by the Hayward Fire Station #1
Marker is visible in the foreground.

Click or scan to see
this page online
(about 700 feet away); The Palmtag Building (about 800 feet away); Juan Bautista de Anza Expedition Campsite #98 (approx. 0.4 miles away); Cannery Park (approx. one mile away). Touch for a list and map of all markers in Hayward.

More about this marker. The marker is in the lawn to the right of the fire truck doors and driveway. 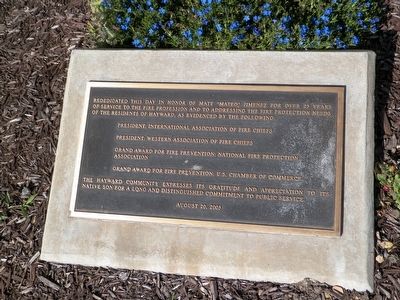 Photographed By James King, April 25, 2016
3. Matt "Mateo" Jimenez Marker
Rededicated this day in honor of Matt "Mateo" Jimenez for over 25 years of service to the fire profession and to addressing the fire protection needs of the residents of Hayward, as evidenced by the following:
President, International Association of Fire Chiefs
President, Western association of Fire Chiefs
Grand Award for Fire Prevention: National Fire Protection Association
Grand Award for Fire Prevention: U.S. Chamber of Commerce
The Hayward Community expresses its gratitude and appreciation to its Native Son for a long and distinguished commitment to public service.
August, 20, 2005 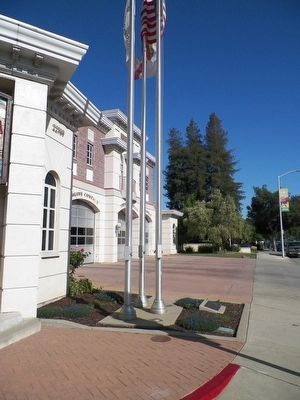 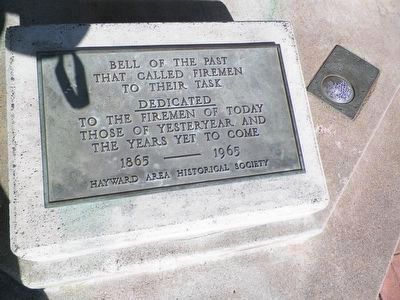 Photographed By James King, April 25, 2016
5. Firemen's Bell Marker
Bell of the past
that called firemen
to their task 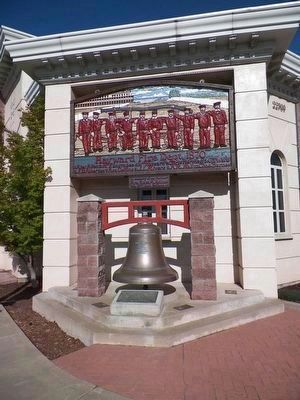