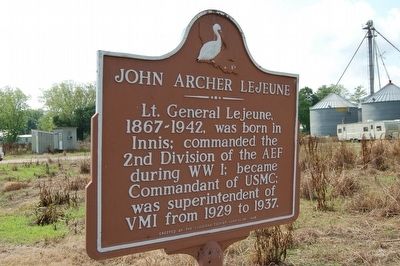 April 28, 2016
1. John Archer LeJeune Marker
Inscription.
John Archer Lejeune. . Lt. General Lejeune, 1867-1942, was born in Innis; commanded the 2nd Division of the AEF during world war one; became Commandant of USMC; was superintendent of VMI from 1929 to 1937. . This historical marker was erected in 1969 by The Louisiana Tourist Commission. It is Near Lacour in Pointe Coupee Parish Louisiana

Erected 1969 by The Louisiana Tourist Commission.

Topics. This historical marker is listed in these topic lists: Education • War, World I.

Other nearby markers. At least 8 other markers are within 13 miles of this marker, measured as the crow flies. Old Hickory (approx. ¼ mile away); Mississippi River (approx. 2.6 miles away); Former Site of Melancon's Cafe (approx. 5.9 miles away); St. Stephen's Episcopal Church and Cemetery (approx. 6½ miles away); William Bartram Trail (approx. 9.3 miles away); Battle of Bayou Fordoche 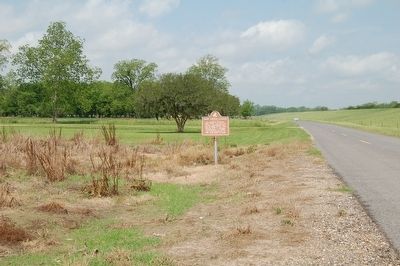