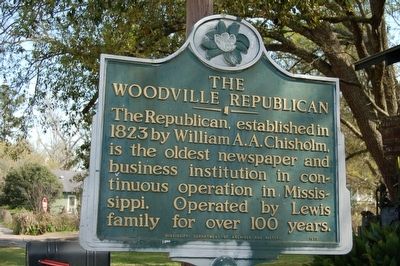 The Republican, established in 1823 by William A.A. Chisolm, is the oldest newspaper and business institution in continuous operation in Mississippi. Operated by Lewis family for over 100 years.

Erected 1975 by Mississippi Department of Archives and History.

Topics and series. This historical marker is listed in these topic lists: Arts, Letters, Music • Communications • Industry & Commerce. In addition, it is included in the Mississippi State Historical Marker Program series list. A significant historical year for this entry is 1823.

Location. 31° 6.056′ N, 91° 17.912′ W. Marker is in Woodville, Mississippi, in Wilkinson County. Marker is on Depot Street south of Second Street, on the left when traveling south. Touch for map. Marker is at or near this postal address: 425 Depot St, Woodville MS 39669, United States of America. Touch for directions. 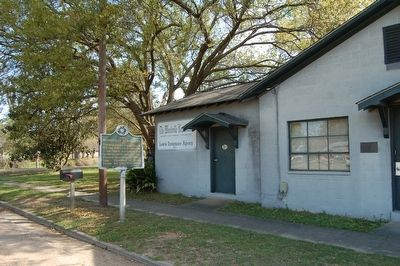