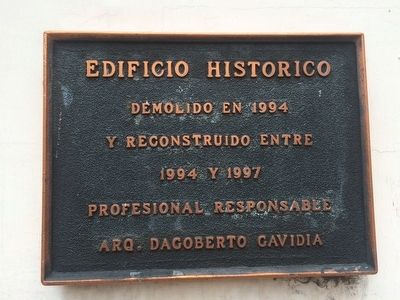 By J. Makali Bruton, May 19, 2016
1. Farmacia Principal Marker
Inscription.
English translation:
Historic Building Demolished in 1994 and reconstructed between 1994 and 1997 Architect Dagoberto Gavidia was the professional responsible for the reconstruction. . This historical marker is in San Salvador El Salvador