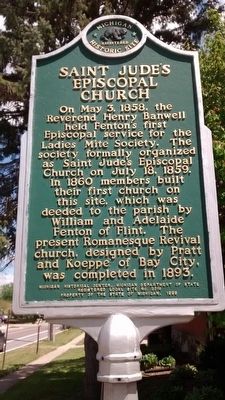 On May 3, 1858, the Reverend Henry Banwell held Fenton's first Episcopal service for the Ladies Mite Society. The society formally organized as Saint Jude's Episcopal Church on July 18, 1859. In 1860 members built their first church on this site, which was deeded to the parish by William and Adelaide Fenton of Flint. The present Romanesque Revival church, designed by Pratt and Koeppe of Bay City, was completed in 1893.

Topics and series. This historical marker is listed in this topic list: Churches & Religion. In addition, it is included in the Michigan Historical Commission series list. A significant historical date for this entry is May 3, 1858. 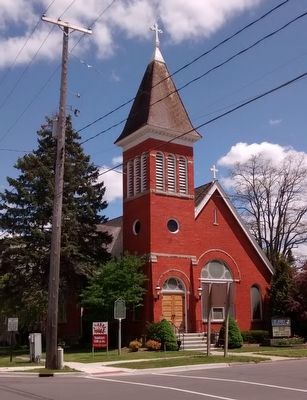 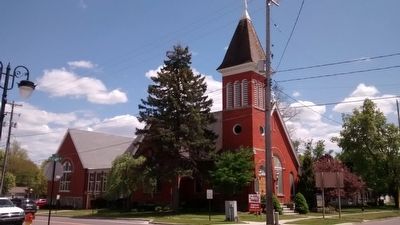