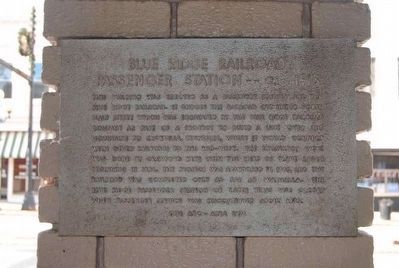 This building was erected as a passenger station for the Blue Ridge Railroad. It bridges the railroad cut under North Main Street which was excavated by the Blue Ridge Railroad Company as part of a project to build a line over the mountains to Knoxville, Tennessee, where it would connect with other railroads to the mid-west. The excavation work was done by Drawford Keys with the help of slave labor beginning in 1854. The project was abandoned in 1869, and the railroad was completed only as far as Walhalla. The Blue Ridge Passenger Station of later years was closed when passenger service was discontinued about 1945.
1776 ABC - ARBA 1976

Topics. This historical marker is listed in these topic lists: African Americans • Railroads & Streetcars. A significant historical year for this entry is 1918.

Location. 34° 30.25′ N, 82° 39′ W. Marker is in Anderson, South Carolina, in Anderson County. Marker can be reached from North Main Street (U.S. 29), on the right when traveling north. Marker is located on a pillar facing the building. 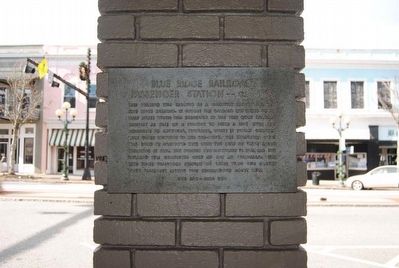 Click or scan to see
this page online
It is not visible from the road. Touch for map. Marker is at or near this postal address: 124 North Main Street, Anderson SC 29621, United States of America. Touch for directions. 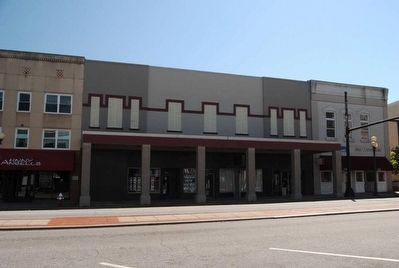 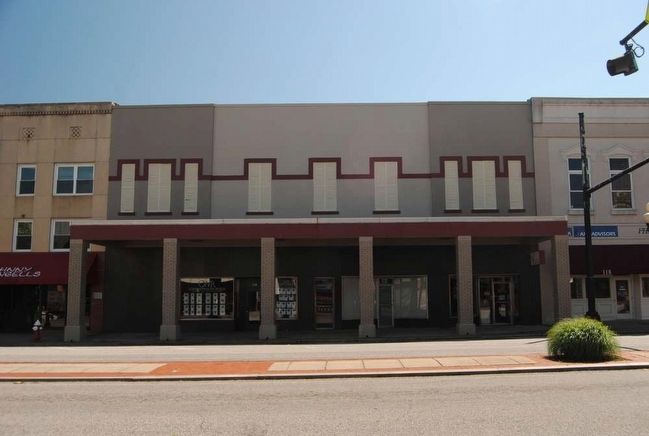 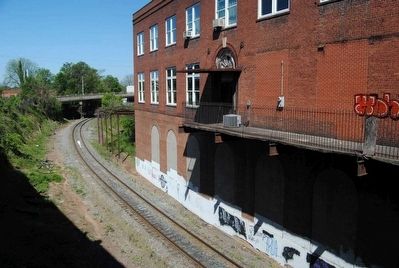