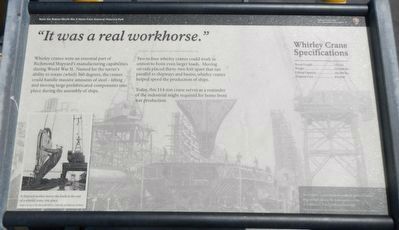 Whirley cranes were an essential part of Richmond Shipyard's manufacturing capabilities during World War II. Named for the turret's ability to rotate (whirl) 360 degrees, the cranes could handle massive amounts of steel - lifting and moving large prefabricated components into place during the assembly of ships.

Two to four whirley cranes could work in unison to hoist even larger loads. Moving on rails placed thirty-two feet apart that ran parallel to shipways and basins, whirley cranes helped speed the production of ships.

Today, this 114-ton crane serves as a reminder of the industrial might required for home front war production. 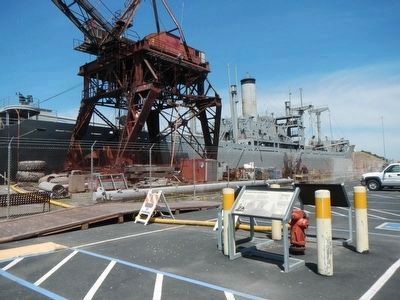 Photographed By Barry Swackhamer, May 19, 2016
2. The Whirley Crane and Marker
S.S. Red Oak Victory in the background.

Click or scan to see
this page online
It was located near 37° 54.305′ N, 122° 21.912′ W. Marker was in Richmond, California, in Contra Costa County. Marker could be reached from Canal Boulevard, on the right when traveling south. This marker is on the dock next to the S.S. Red Oak Victory. Touch for map. Marker was at or near this postal address: 1298 Canal Boulevard, Richmond CA 94804, United States of America. Touch for directions. 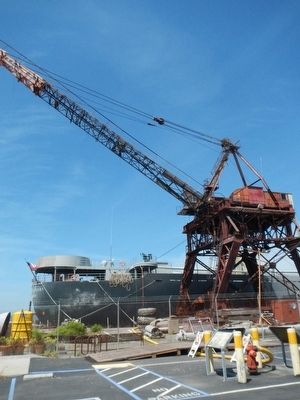 Photographed By Barry Swackhamer, May 19, 2016
3. The whirley crane and S.S. Red Oak Victory in the background 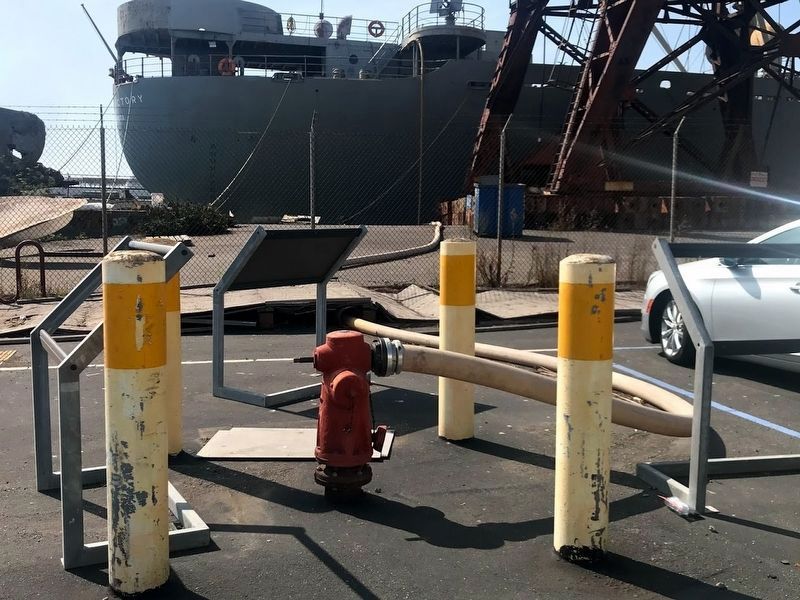