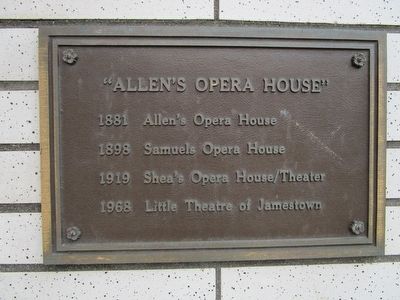 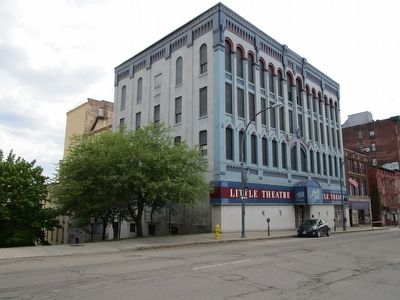 Photographed By Anton Schwarzmueller, May 22, 2016
2. Allen's Opera House
Lucille Ball and Chautauqua County Political Club markers are at the lot to the left.