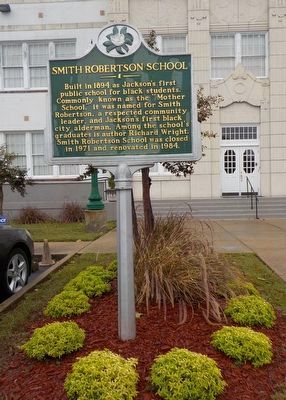 Built in 1894 as Jackson's first public school for black students. Commonly known as the "Mother School," it was named for Smith Robertson, a respected community leader, and Jackson's first black city alderman. Among the school's graduates is author Richard Wright. Smith Robertson School was closed in 1971 and renovated in 1984.

Erected 2000 by Mississippi Department of Archives and History.

Topics and series. This historical marker is listed in these topic lists: African Americans • Arts, Letters, Music • Education. In addition, it is included in the Mississippi State Historical Marker Program series list. A significant historical year for this entry is 1894.

Location. 32° 18.323′ N, 90° 11.179′ W. Marker is in Jackson, Mississippi, in Hinds County. Marker can be reached from the intersection of Bloom Street and Dr. Jessie Mosley Street. The marker is in front of what is now the Smith Robertson Museum & Cultural Center. Touch for map. Marker is in this post office area: Jackson MS 39202, United States of America. Touch for directions. 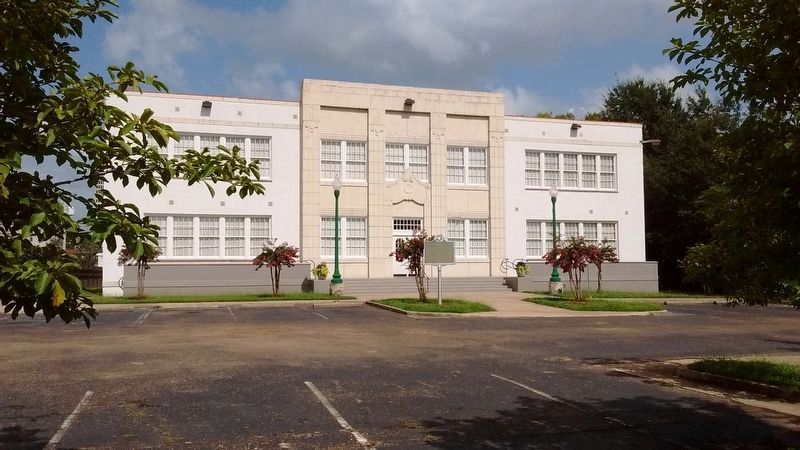