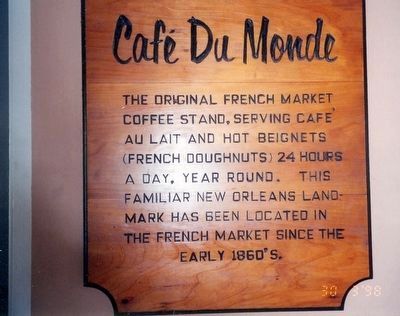 The original French market coffee stand, serving café au lait and hot beignets (French doughnuts) 24 hours a day, year around. This familiar New Orleans landmark has been located in the French market since the early 1860’s.

Topics. This historical marker is listed in this topic list: Landmarks. 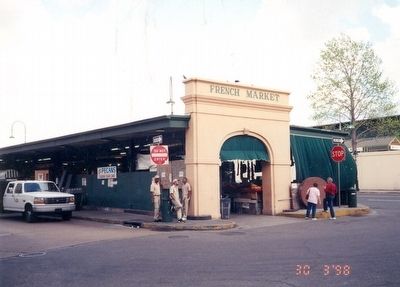