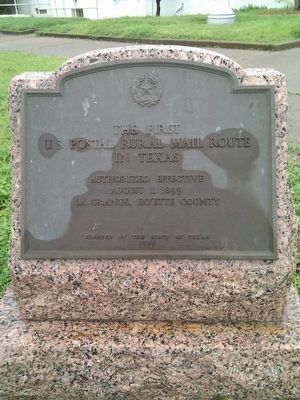 Topics and series. This historical marker is listed in this topic list: Industry & Commerce. In addition, it is included in the Texas 1936 Centennial Markers and Monuments series list. A significant historical date for this entry is August 1, 1899. 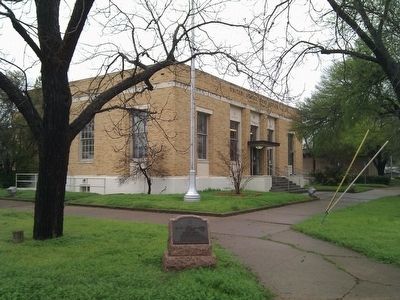 By Gregory Walker, March 10, 2012
2. Location of Marker for the First U. S. Postal Rural Mail Route in Texas