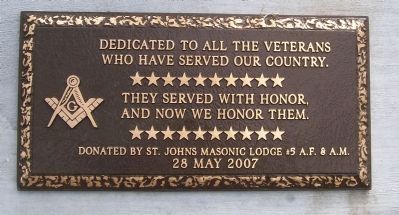 By Texmexfla, August 16, 2008
1. Text on the Vietnam Veterans Memorial Marker
The text of the marker places the statue in better context. This is a Masonic effort to give honor to the veterans of the Vietnam War.
Inscription.
Vietnam Veterans Memorial. . Dedicated to all the veterans who have served their country.. They served with honor, and now we honor them. . This memorial was erected in 2007 by St. John's Masonic Lodge #5 A.F. & A.M.. It is in West Columbia in Brazoria County Texas

Dedicated to all the veterans who have served their country.

They served with honor, and now we honor them.

Topics. This historical marker memorial is listed in this topic list: War, Vietnam.

Location. 29° 8.691′ N, 95° 38.542′ W. Marker is in West Columbia, Texas, in Brazoria County. Marker is on North 14th Street north of Hamilton Street, on the right when traveling north. Behind a reconstruction of the First Texas Capitol. Touch for map. Marker is in this post office area: West Columbia TX 77486, United States of America. Touch for directions. 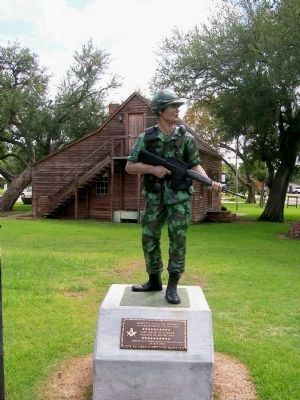 By Texmexfla, August 15, 2008
2. Vietnam Veterans Memorial Marker with Text
This shows the soldier, text, and replica of the first capitol of the Republic of Texas which is the brown building in the background 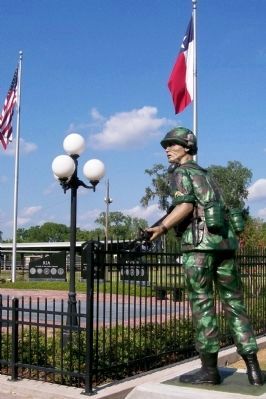 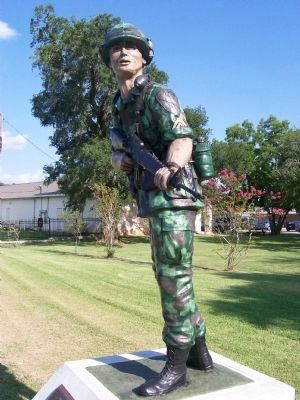