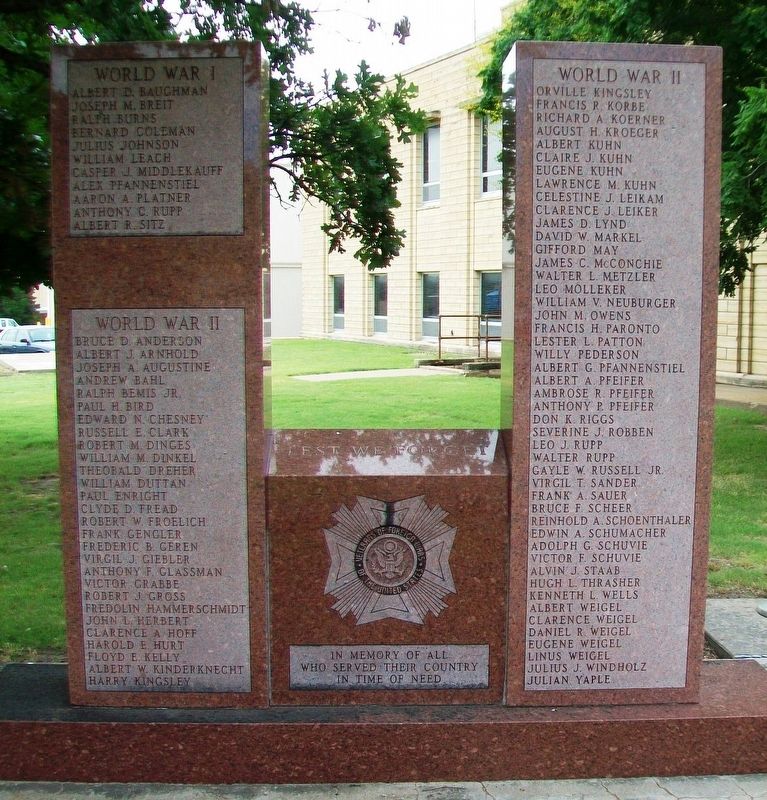 Photographed By William Fischer, Jr., June 13, 2016
1. Veterans Memorial WWI-WWII Honored Dead
Inscription.
Veterans Memorial. Lest We Forget.
In memory of all who served their country in time of need

World War I . World War II Korean Conflict . Vietnam Afghanistan Died in Service. . This memorial was erected by American Legion, Veterans of Foreign Wars, and Concerned Citizens. It is in Hays in Ellis County Kansas

Location. 38° 52.439′ N, 99° 19.858′ W. Marker is in Hays, Kansas, in Ellis County. Memorial is at the intersection of Fort Street and 13th Street, on the left when traveling south on Fort Street. Monument is on the county courthouse grounds. Touch for map. Marker is at or near this postal address: 1204 Fort Street, Hays KS 67601, United States of America. Touch for directions. 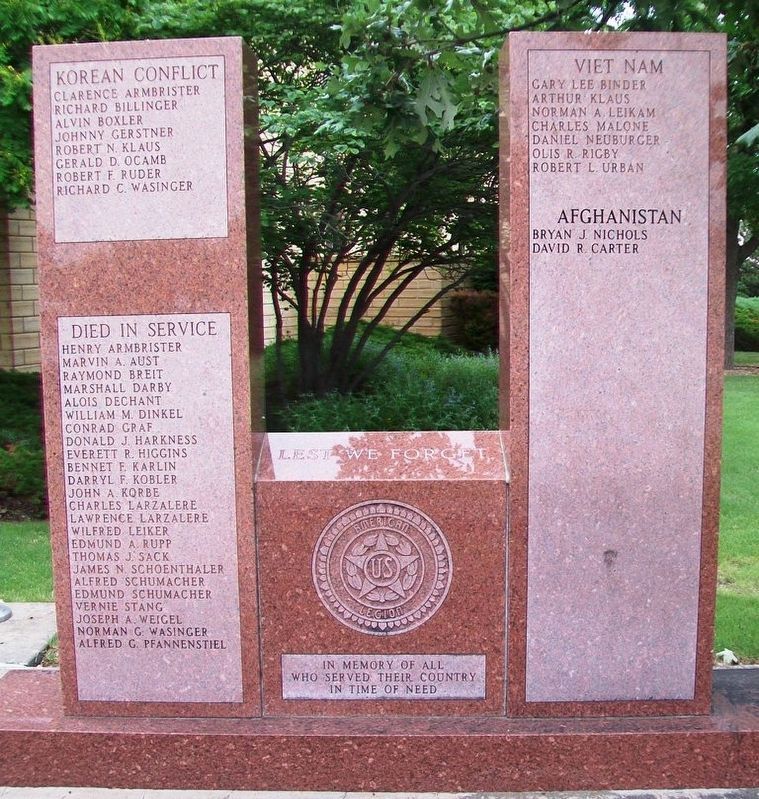 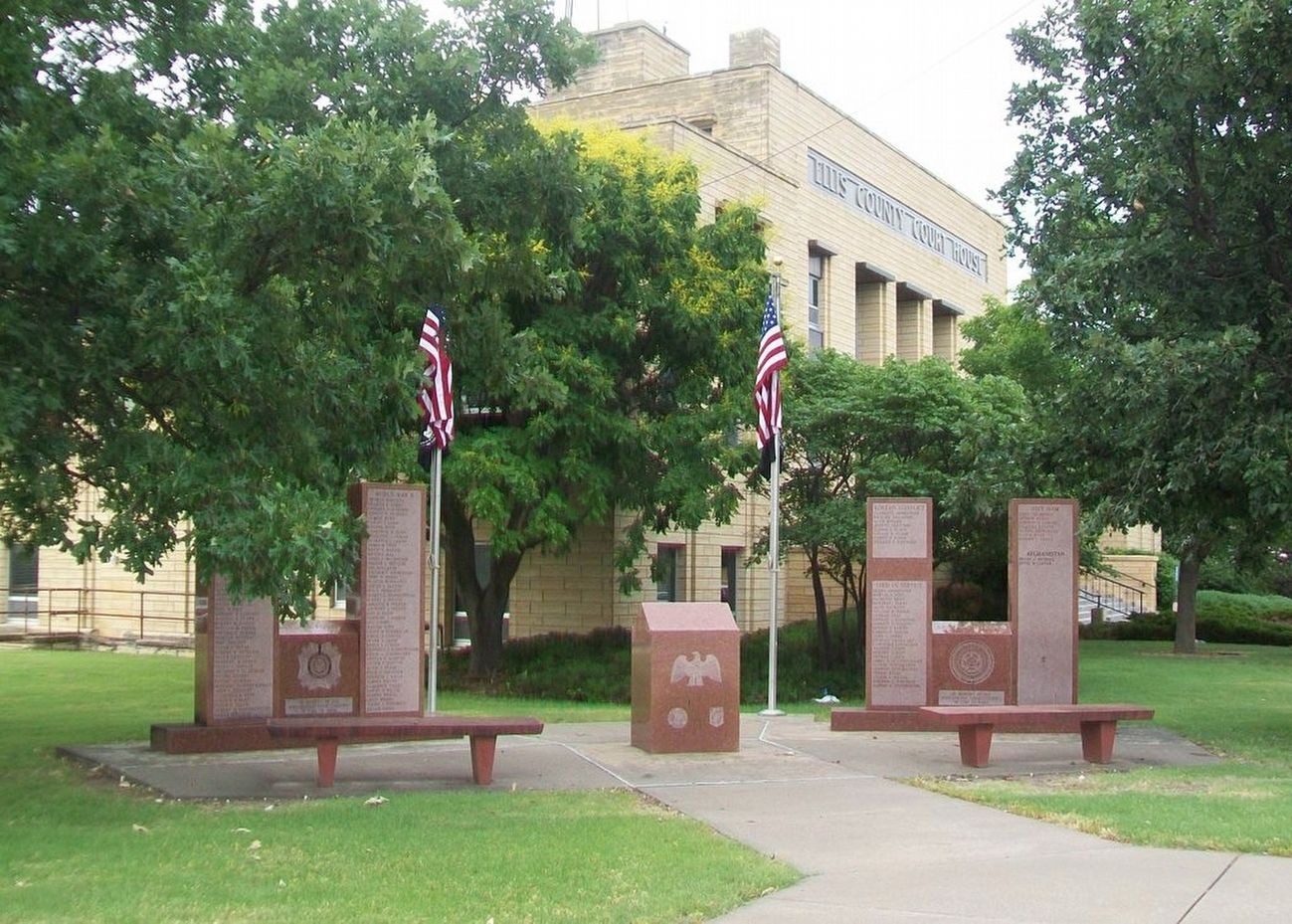