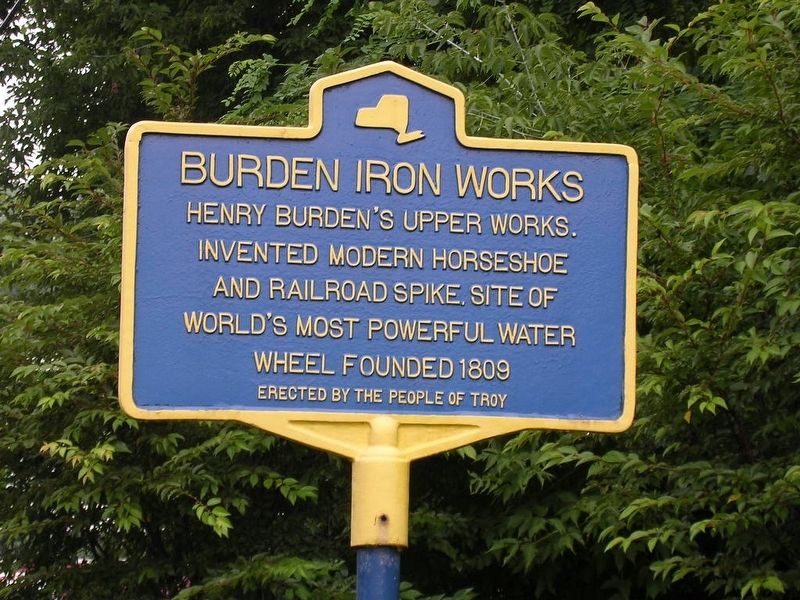 
Erected by The People of Troy. 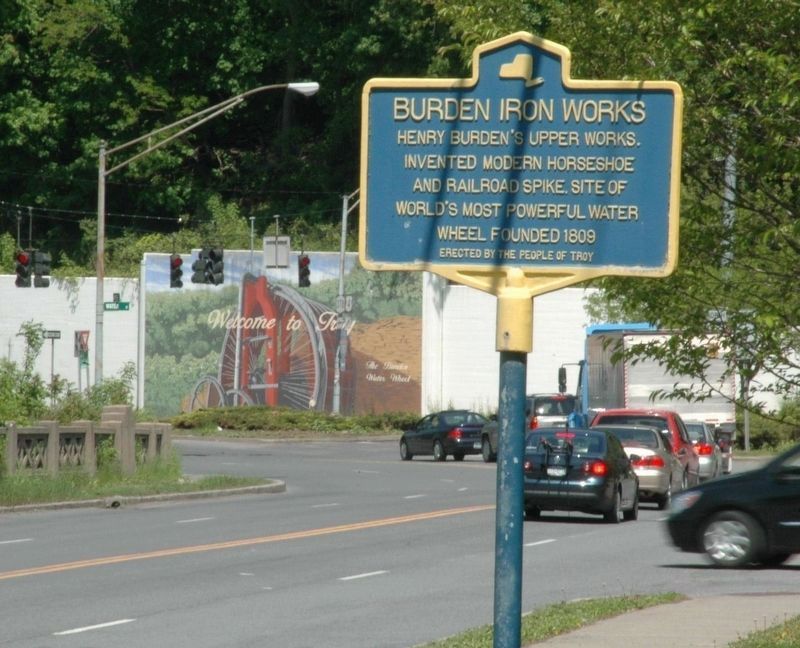 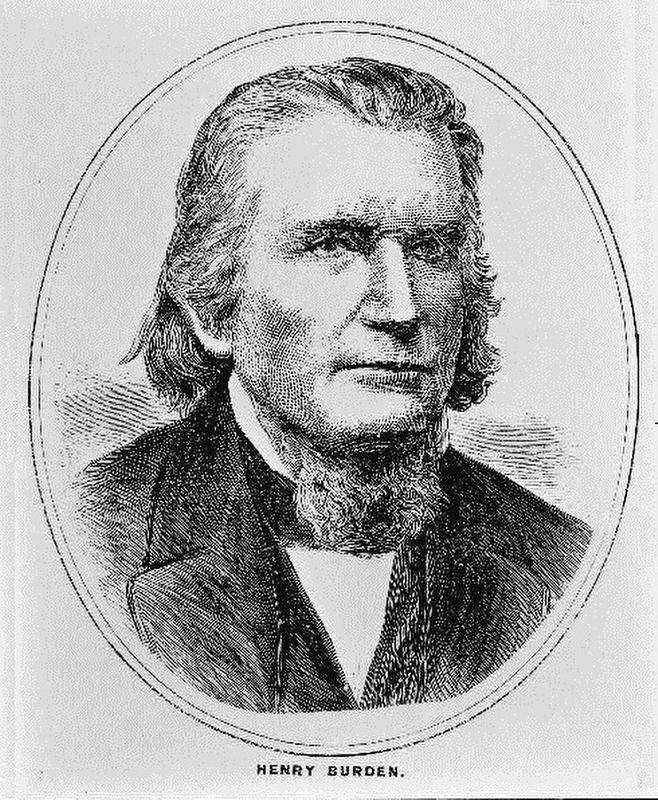 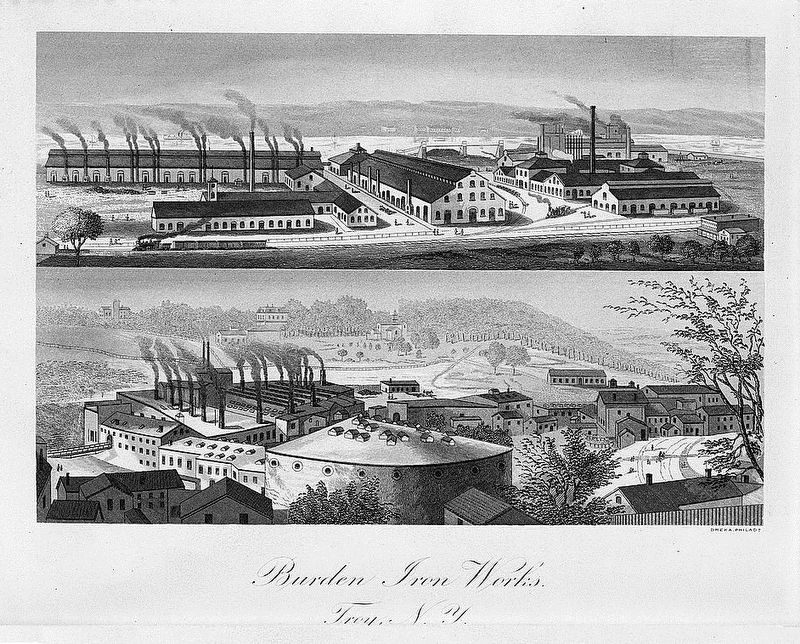 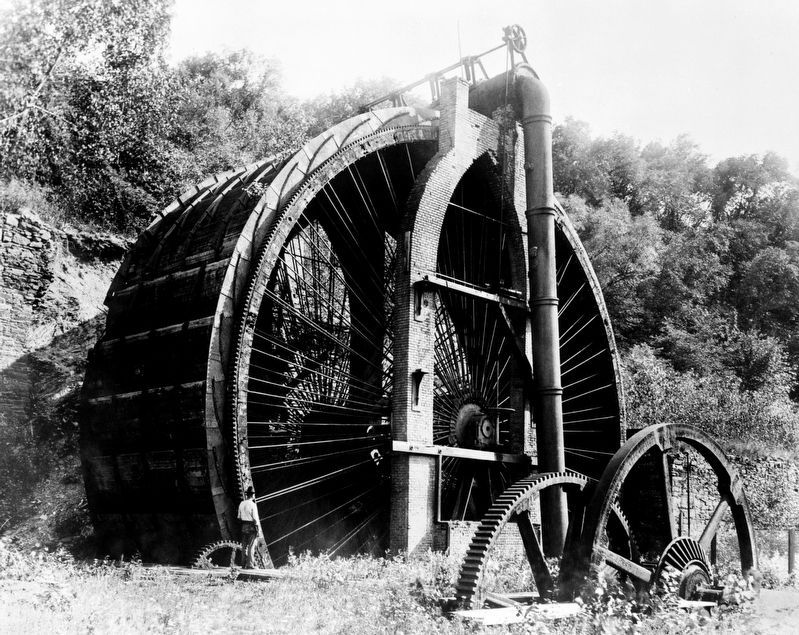 Library of Congress
5. The Burden Water Wheel
The Burden Water Wheel, the “Niagara of Water Wheels” and the most powerful vertical water wheel in history, was designed and constructed by Burden in 1851. The wheel was sixty-two feet in diameter and twenty-two feet in breadth, and supplied by a small stream, the Wynantskill Creek. It was abandoned in the 1890s. Note the man in the photo, standing in front of the wheel for scale. 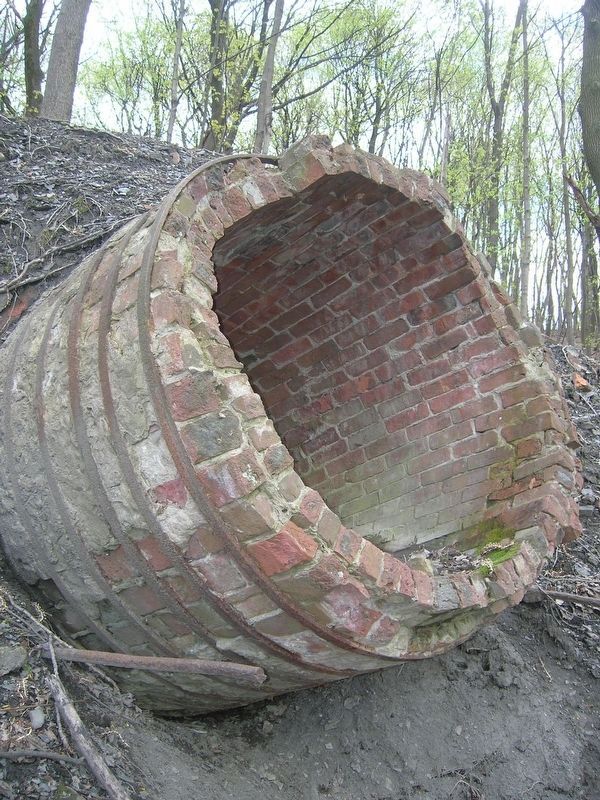 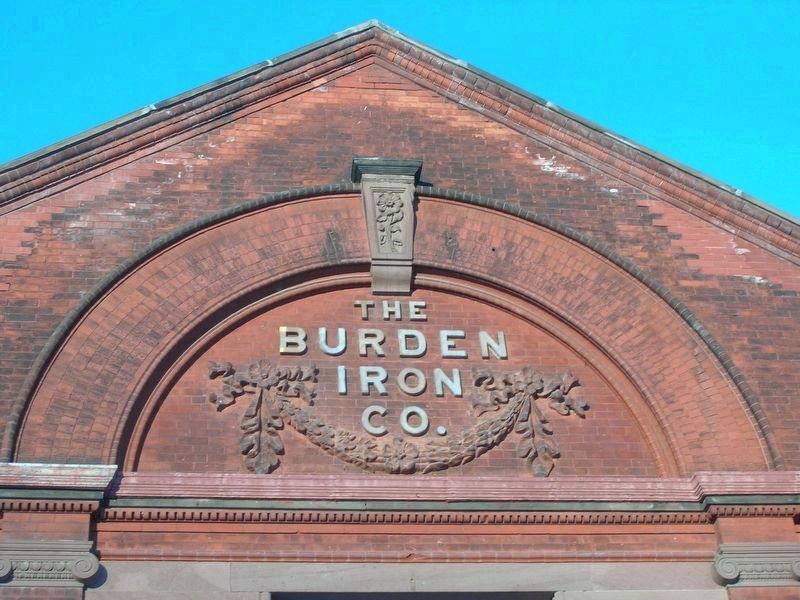 By Howard C. Ohlhous, February 4, 2010
7. The Burden Iron Co.
The Burden Ironworks Office Building was listed on the National Register of Historic Places in 1972. 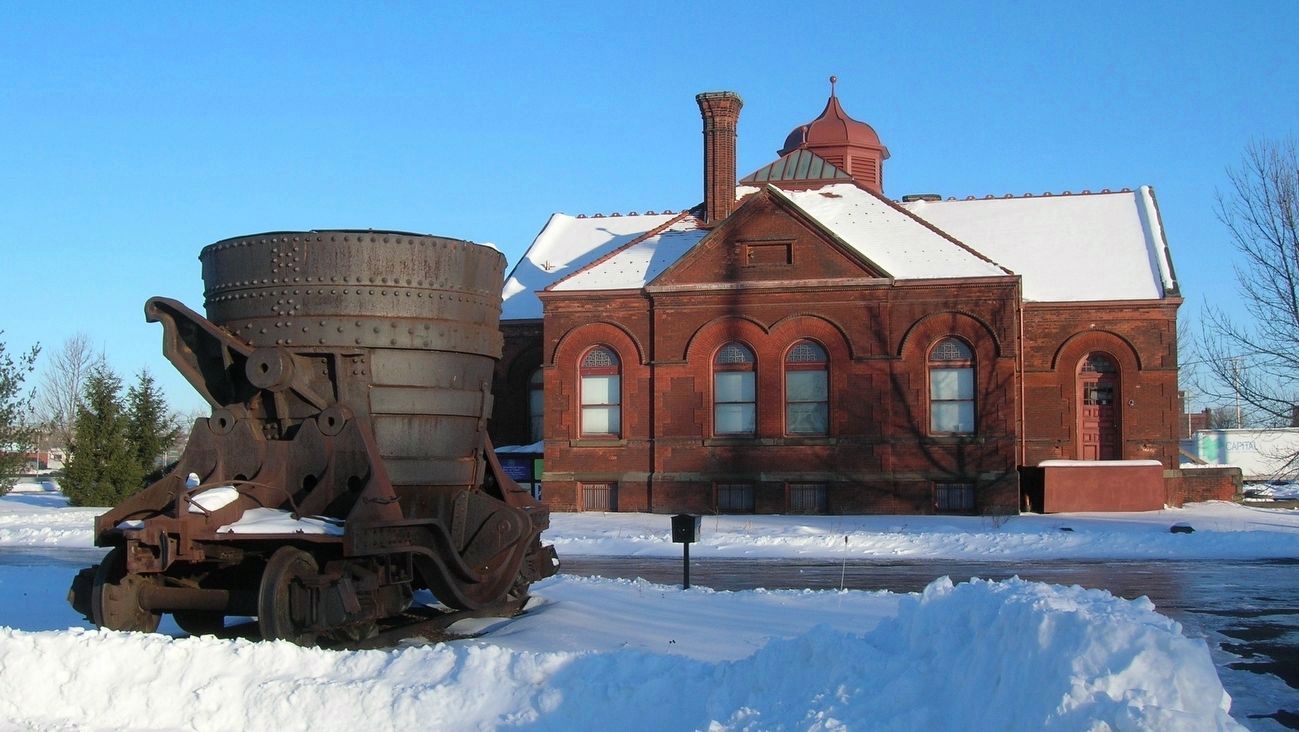 By Howard C. Ohlhous, January 14, 2009
8. Burden Iron Works Office Building
The Burden Iron Works Museum, on Polk Street in Troy, is in a March 16, 1972 National Register listed building. Constructed between 1881 and 1882 in the Romanesque Revival style, the distinguished former office of the Burden Iron Works contains an extensive exhibit on Troy’s industrial history throughout the 19th century. 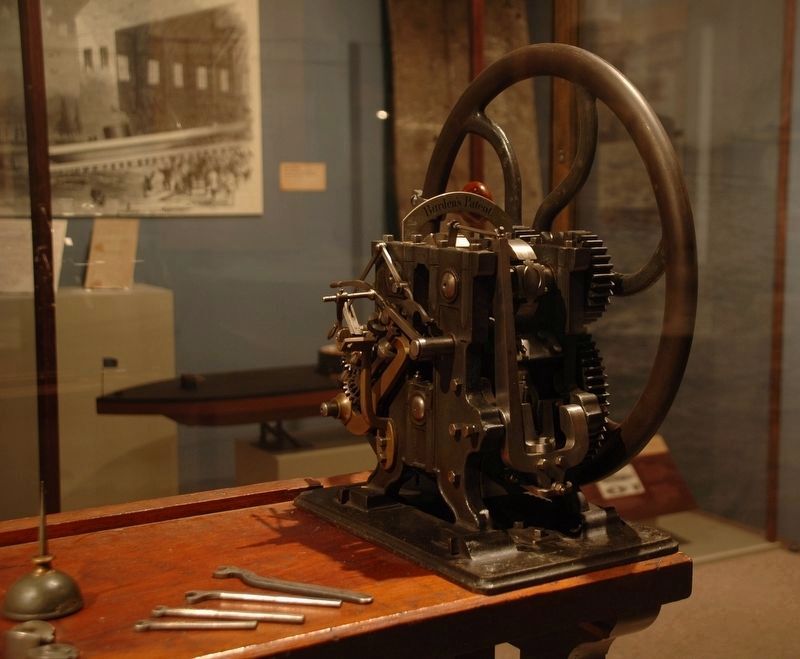 By Howard C. Ohlhous, January 27, 2013
9. Burden Horseshoe Machine Model
This model of Henry Burden's horseshoe machine once made miniature horseshoes. It was constructed for the United States Centennial Exposition in Philadelphia in 1876. Burden's full scale horseshoe machine was capable of producing sixty horseshoes per minute, or up to fifty million per year. The Burden Iron Works manufactured nearly all of the horseshoes used by the Union Army during the Civil War. The model is seen on display at the New York State Museum in Albany. 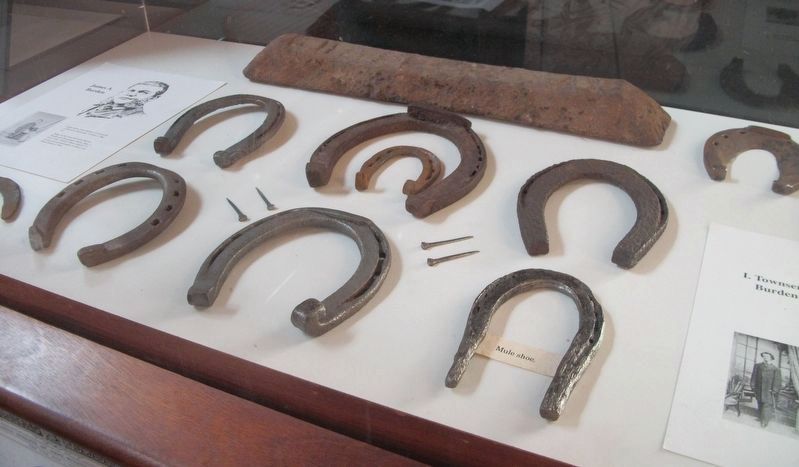