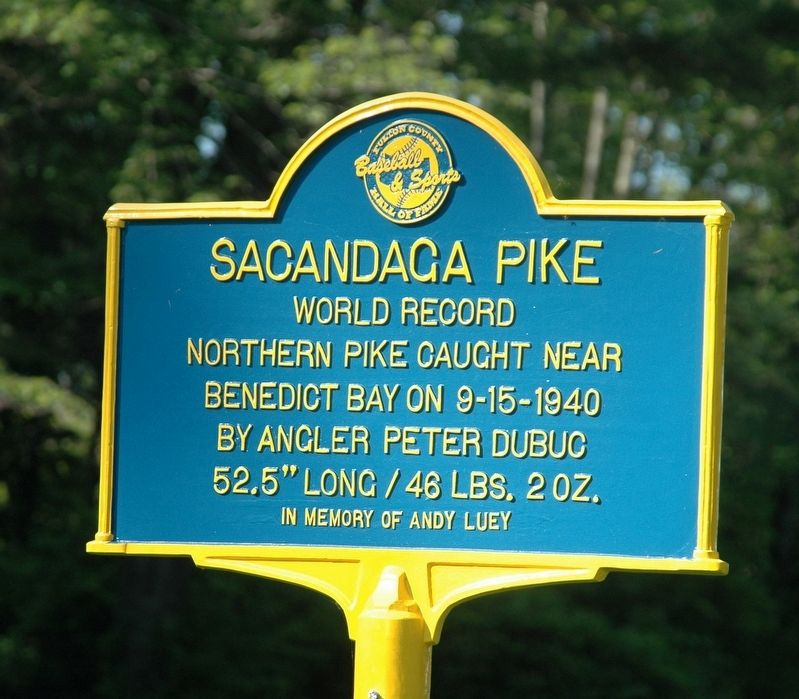 Topics. This historical marker is listed in these topic lists: Animals • Sports. A significant historical date for this entry is September 15, 1940. 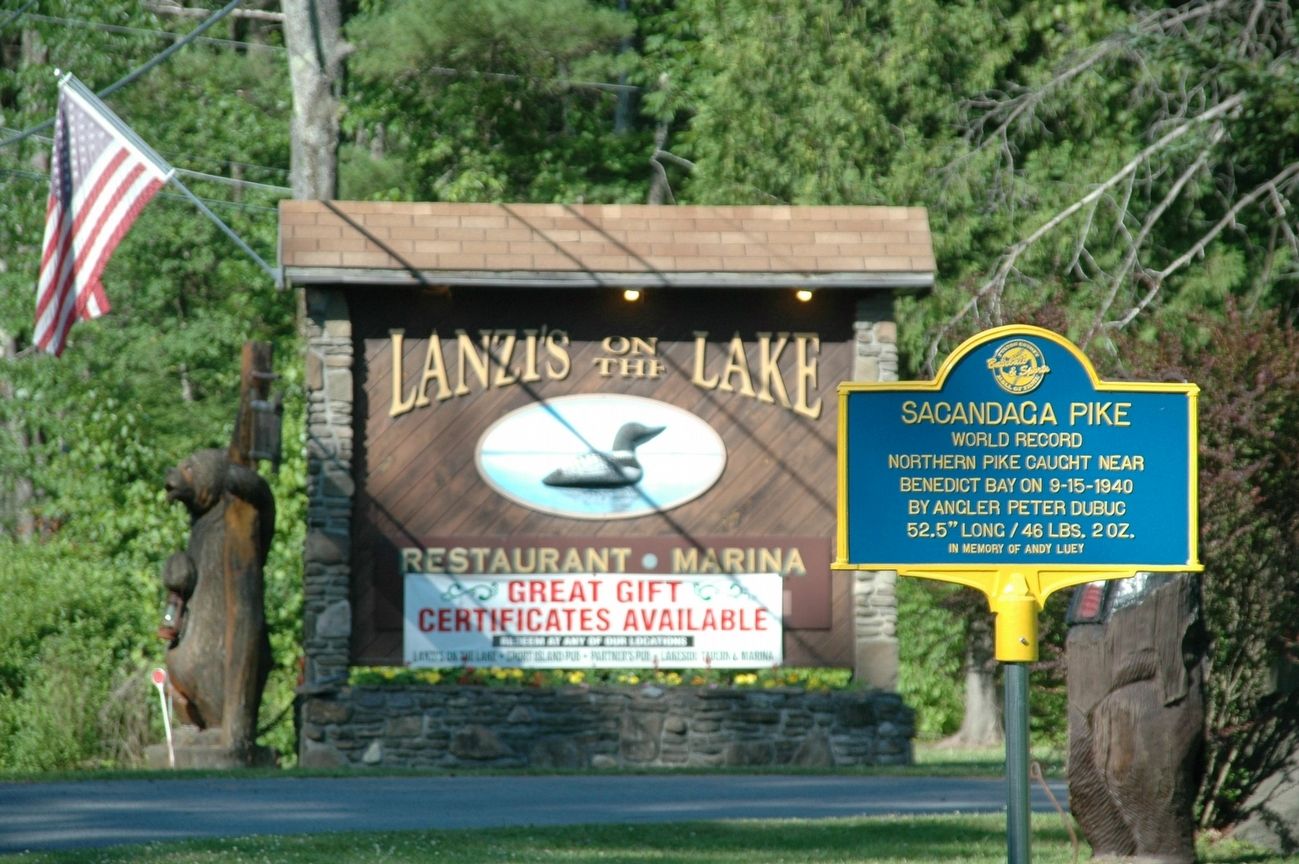 Click or scan to see
this page online
(approx. 3 miles away); Munsonville (approx. 3.7 miles away); Dutch Reformed Church of Mayfield (approx. 3.8 miles away). Touch for a list and map of all markers in Mayfield.

Regarding Sacandaga Pike. At the time it was caught, Dubuc's northern pike was a world record. Since then, a longer pike was caught in Germany in 1983; and a heavier one was caught three years later, also in Germany, according to a news release from the Fulton County Baseball & Sports Hall of Fame. A pike caught in Manitoba, Canada, broke Dubuc's North American record, according to the release, but Dubuc's fish still holds the New York State record, according to the state Department of Environmental Conservation. Peter Debuc passed away in 1970 at age 80. 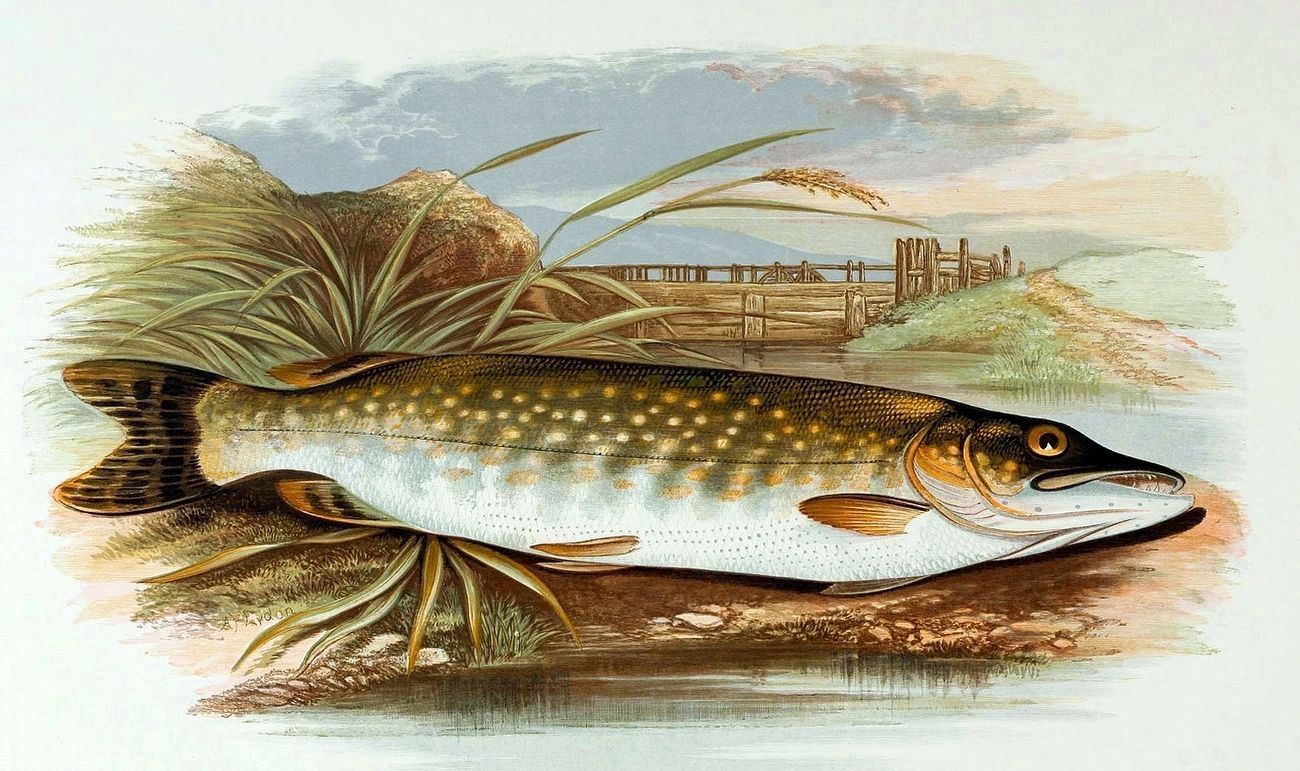