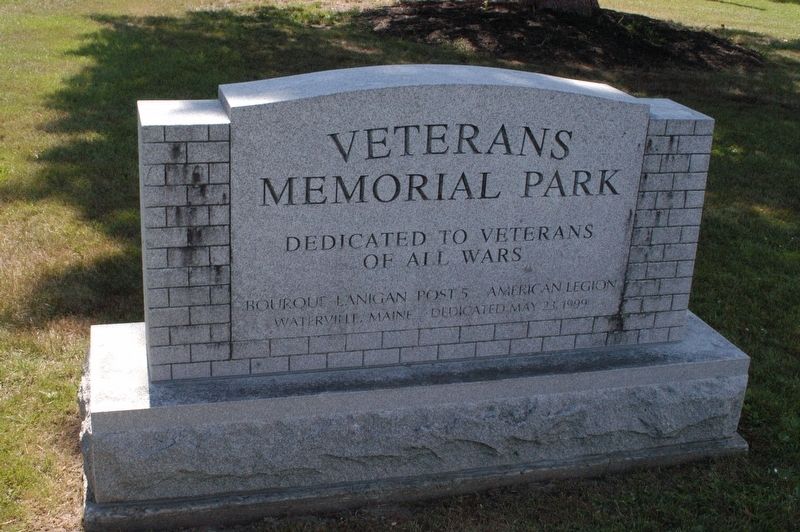 Rear Inscription , Commander William E. Pasha Chairman Thomas I. Maroon PC . This memorial was erected in 1999 by Bourque Lanigan Post 5 American Legion. It is in Waterville in Kennebec County Maine

Location. 44° 33.067′ N, 69° 37.966′ W. Marker is in Waterville, Maine, in Kennebec County. Memorial is at the intersection of Elm Street (Maine Route 104) and Park Street, on the right on Elm Street. There are several markers in this Park, known as Veteran's Memorial Park. Touch for map. Marker is in this post office area: Waterville ME 04901, United States of America. Touch for directions. 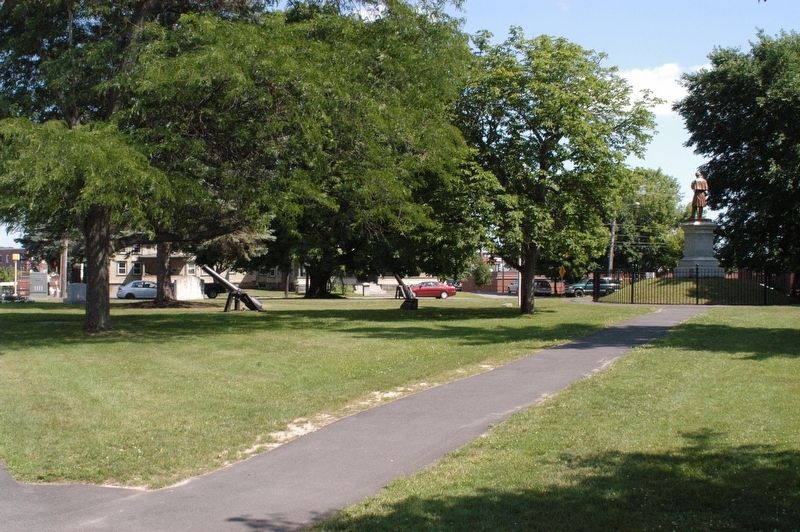