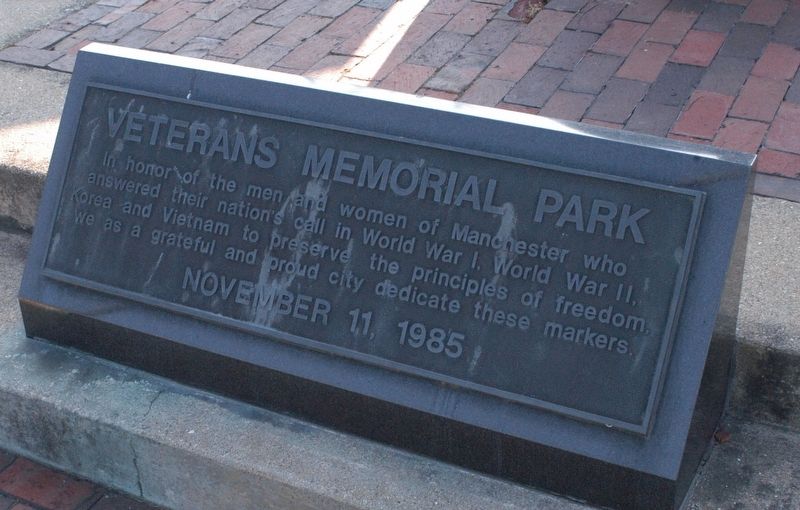 Veterans Memorial Park
In honor of the men and women of Manchester who answered their nation's call in World War I, World War II, Korea and Viet Nam to preserve the principles of Freedom. We as a grateful and proud city dedicate these markers November 11, 1985

Erected 1985 by The city of Manchester NH.

Location. 42° 59.331′ N, 71° 27.711′ W. Marker is in Manchester, New Hampshire, in Hillsborough County. Memorial is on Elm Street, on the right. Flagpole and blocks are located within the Veteran's Memorial Park in Downtown Manchester NH. Touch for map. Marker is at or near this postal address: 899 Elm Street, Manchester NH 03103, United States of America. Touch for directions. 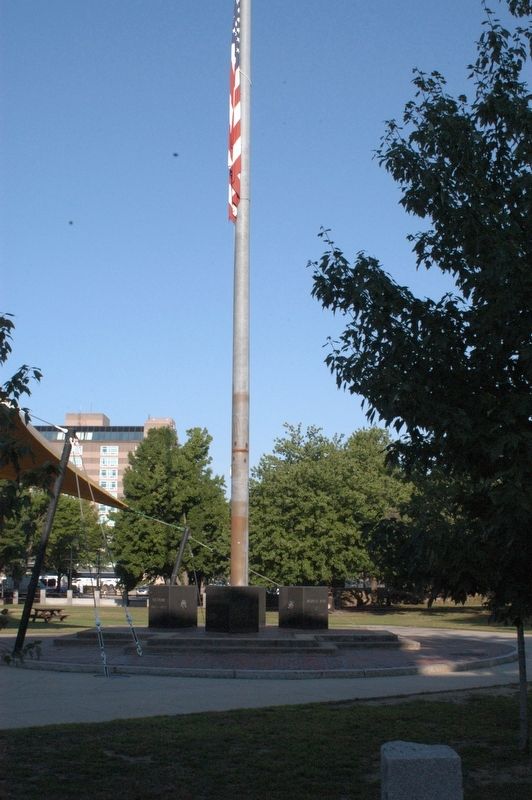