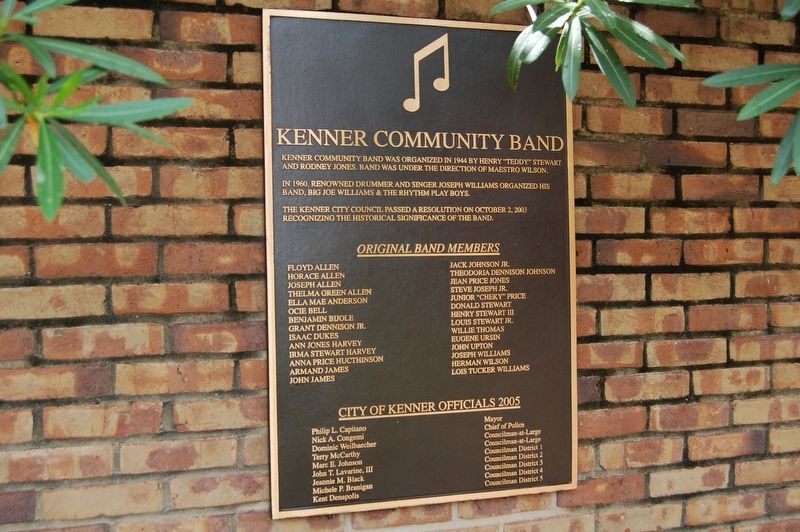 Kenner Community Band was organized in 1944 by Henry "Teddy" Stewart and Rodney Jones. Band was under the direction of Maestro Wilson.

The Kenner City Council passed a resolution on October 2, 2003 recognizing the historical significance of the band. 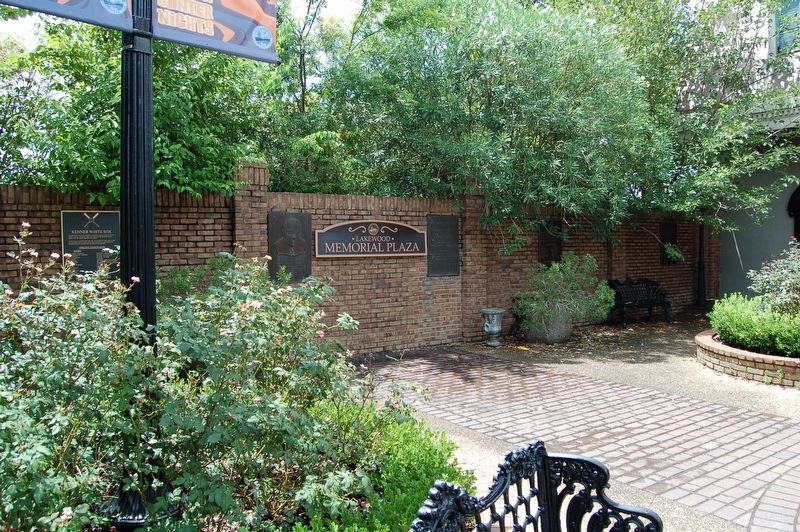 Location. 29° 58.473′ N, 90° 14.863′ W. Marker is in Kenner, Louisiana, in Jefferson Parish. Marker is on Minor Street near 4th Street, on the right when traveling north. Mounted on a brick dividing wall at an outdoor patio space. Touch for map. Marker is in this post office area: Kenner LA 70062, United States of America. Touch for directions. 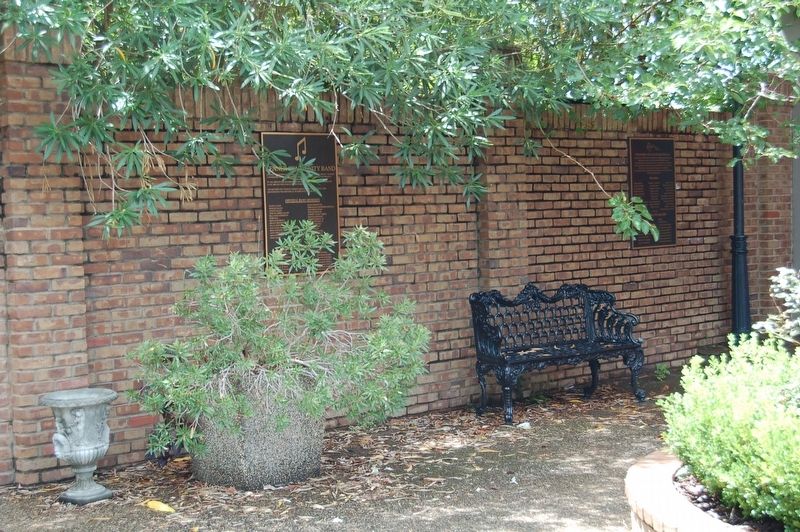