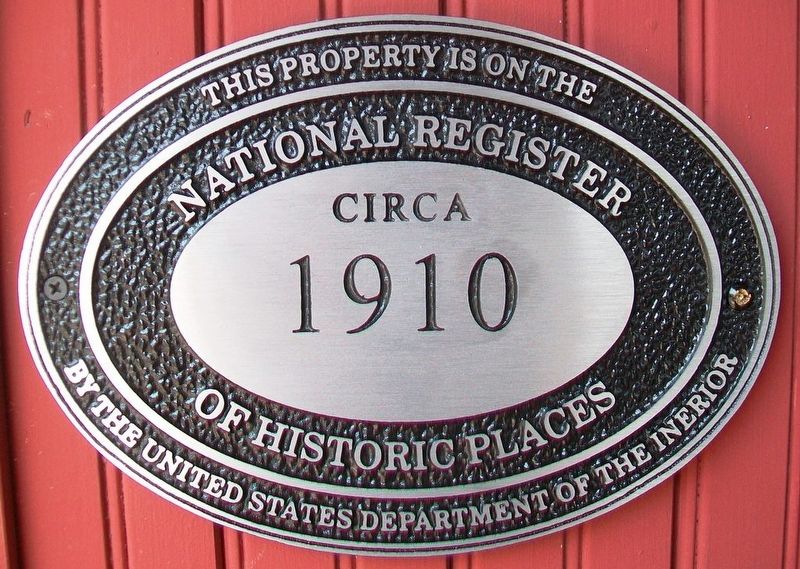 Photographed By William Fischer, Jr., June 26, 2016
1. 104 East Main Street NRHP Marker
Inscription.
104 East Main Street. circa 1910.
This property is on the National Register of Historic Places by the United States Department of the Interior. . This historical marker is in La Grange in Oldham County Kentucky 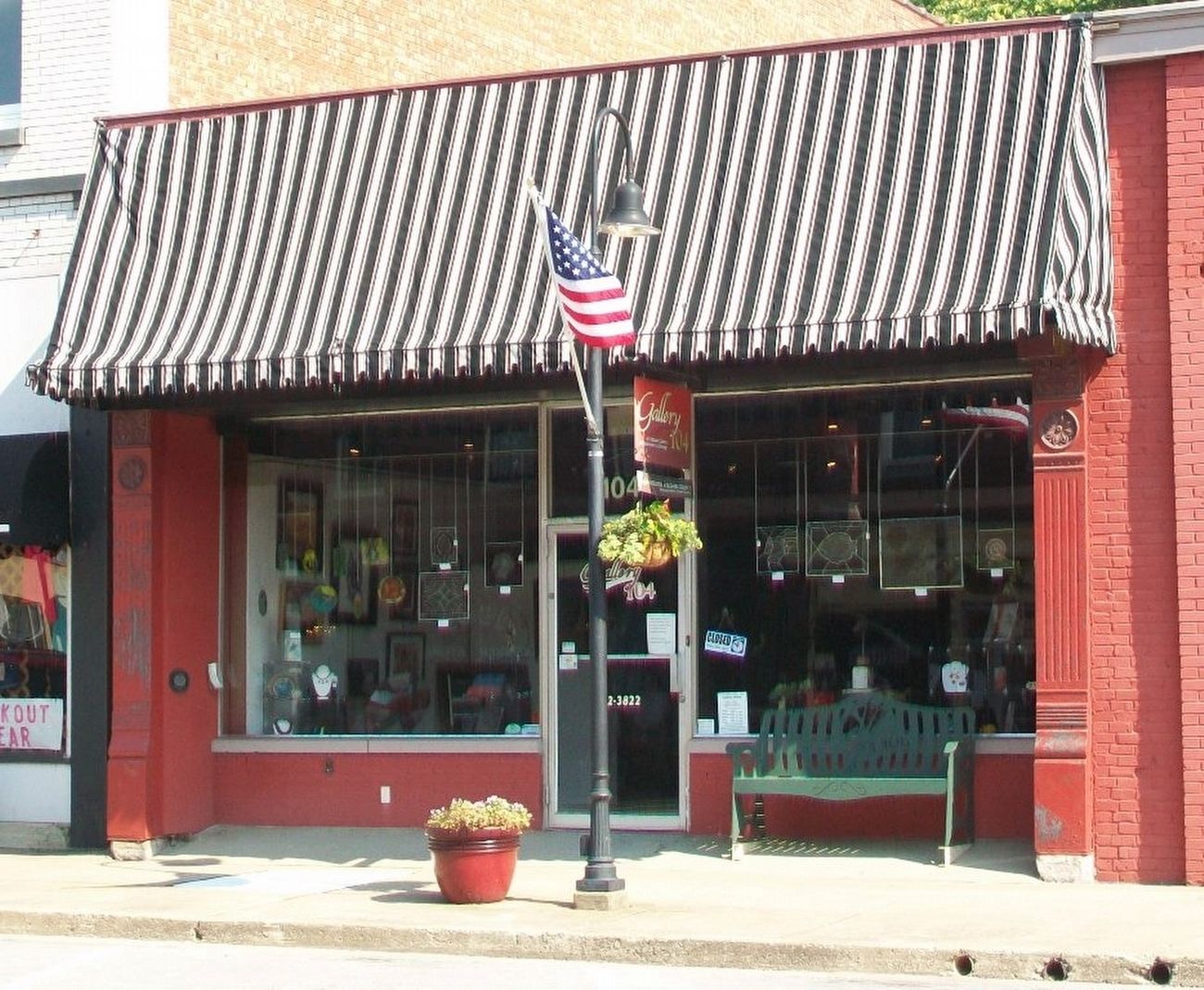 104 East Main Street, c. 1900/1980s. One of two serious intrusions along this otherwise extremely intact block of Main Street. Three freestanding one-story buildings dating from c. 1900 have been thoroughly altered with a replacement stucco and false half-timbered facade and tied together with an unbroken pent-roof element. Cast-iron columns of the two eastern storefronts are still visible. Portions of exterior side walls have been removed to create one interior space. Two recent additions are located to the rear.

Contributor note: The Form states that the building is "Non-contributing" to the district but the "stucco and false half-timbered facade" as well as the "pent-roof element" have been removed. Apparently the building was added as "contributing" via an amendment to the historic district registration.