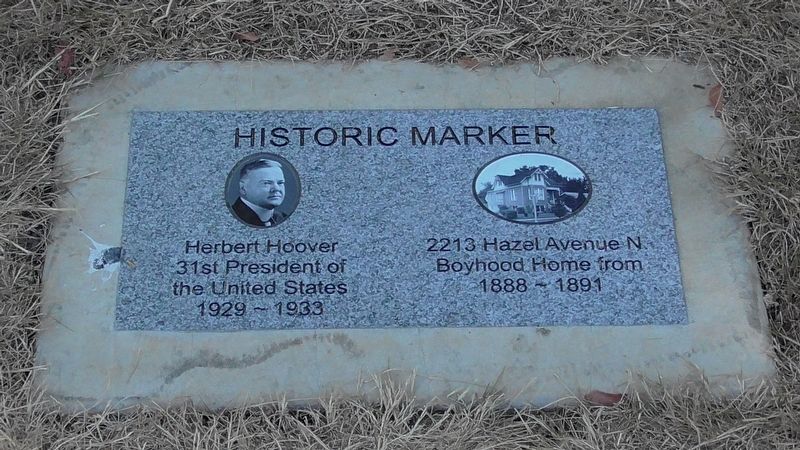 Topics and series. This historical marker is listed in these topic lists: Government & Politics • Notable Places. In addition, it is included in the Former U.S. Presidents: #31 Herbert Hoover series list. 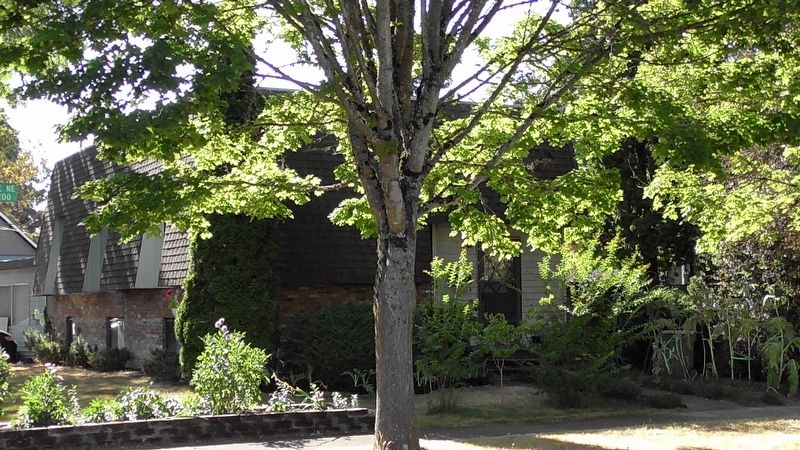 More about this marker. Marker placed in grass by sidewalk 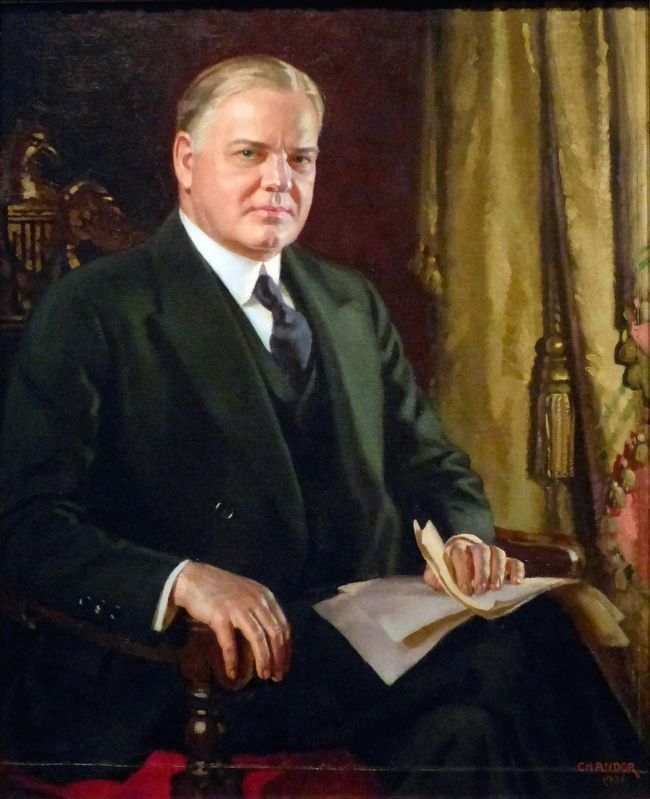 August 9, 2015
3. Herbert Hoover
This 1931 portrait of Herbert Hoover by Douglas Chandor hangs in the National Portrait Gallery in Washington, DC.

“Herbert Hoover seemed to be the ultimate problem­solver. As a mining engineer, he had turned marginal operations into thriving enterprises. During World War I, his administration of European food relief was nothing short of brilliant. As secretary of commerce in the 1920s, he transformed a once sleepy department into a purposeful information clearinghouse. But as the Great Depression took hold during the second year of his presidency, Hoover was hard pressed for a solution. Believing in the power of private initiative, he hesitated to involve the federal government in reviving business. When lengthening bread lines and escalating joblessness finally convinced him of the necessity of such steps, the measures proved inadequate. As a result, Hoover was defeated by a crushing margin in his 1932 reelection bid.

This portrait was intended for Time magazine's cover. But Hoover delayed his sittings, and by the time it was finished, the magazine was no longer interested. Hoover is thus the only president in Time's history never to appear on a cover while in office.” — National Portrait Gallery
Credits. This page was last revised on September 25, 2016. It was originally submitted on July 25, 2016, by Scott Sather of Salem, Oregon. This page has been viewed 343 times since then and 24 times this year. Photos:   1, 2. submitted on July 25, 2016, by Scott Sather of Salem, Oregon.   3. submitted on September 24, 2016, by Allen C. Browne of Silver Spring, Maryland. • Syd Whittle was the editor who published this page.