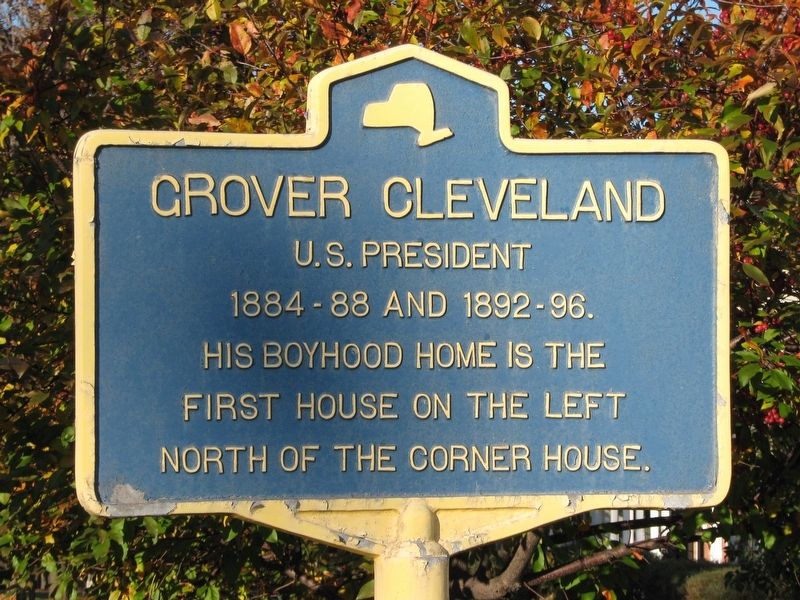 By Scott Sather, October 19, 2009
1. Grover Cleveland Boyhood Home Marker
Inscription.
Grover Cleveland. . U.S. President 1884 - 1888 and 1892 - 1896. His boyhood home is the first house on the left north of the corner house. . This historical marker is in Fayetteville in Onondaga County New York

Topics and series. This historical marker is listed in this topic list: Government & Politics. In addition, it is included in the Former U.S. Presidents: #22 and #24 Grover Cleveland series list. 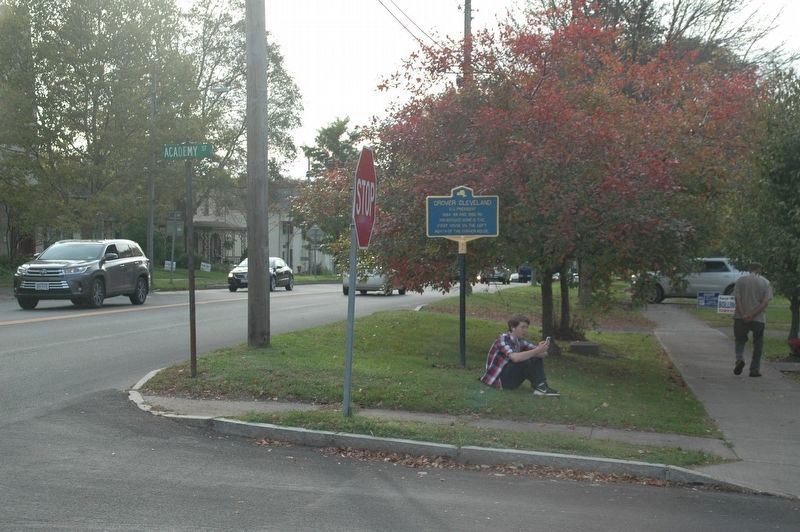 Click or scan to see
this page online
(approx. 2.4 miles away); Gen. John J. Peck (approx. 2½ miles away). Touch for a list and map of all markers in Fayetteville. 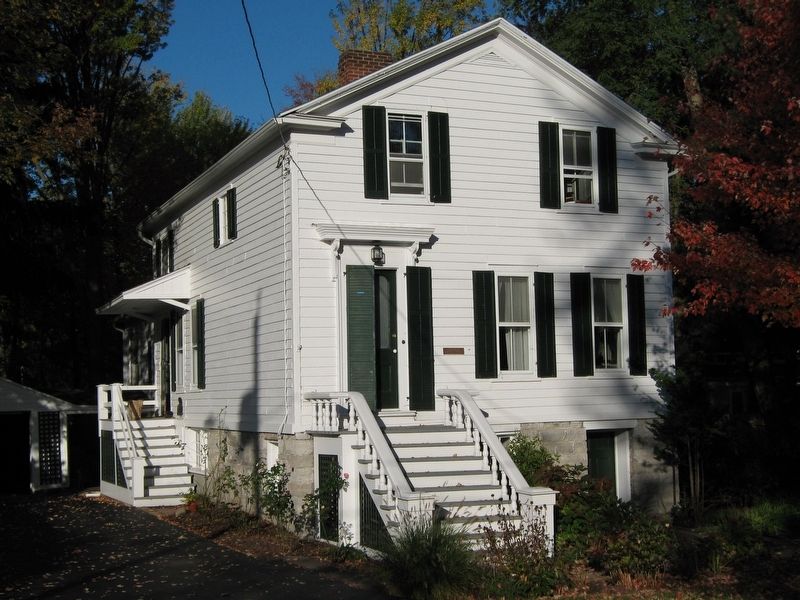 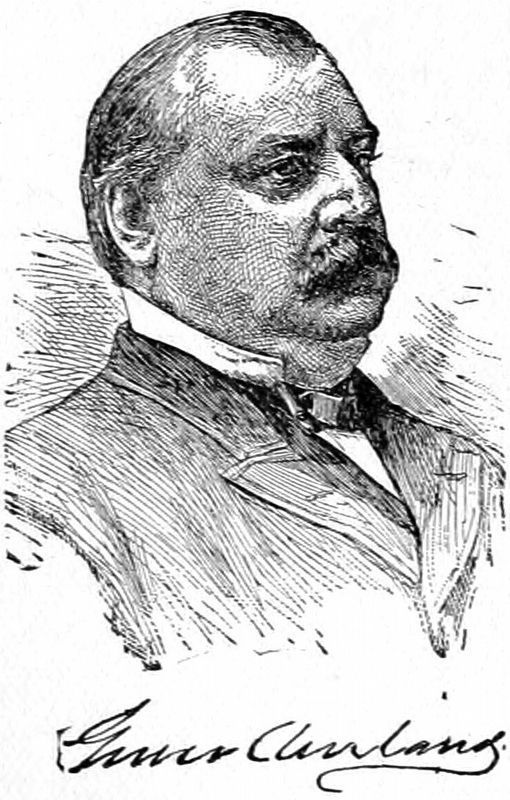 Internet Archive
4. Grover Cleveland
from The Biographical Dictionary of America, 1906 by Rossiter Johnson. 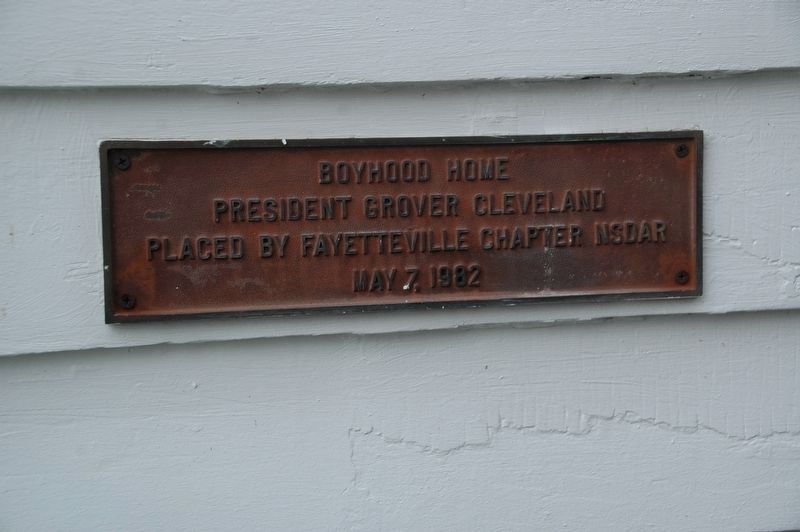