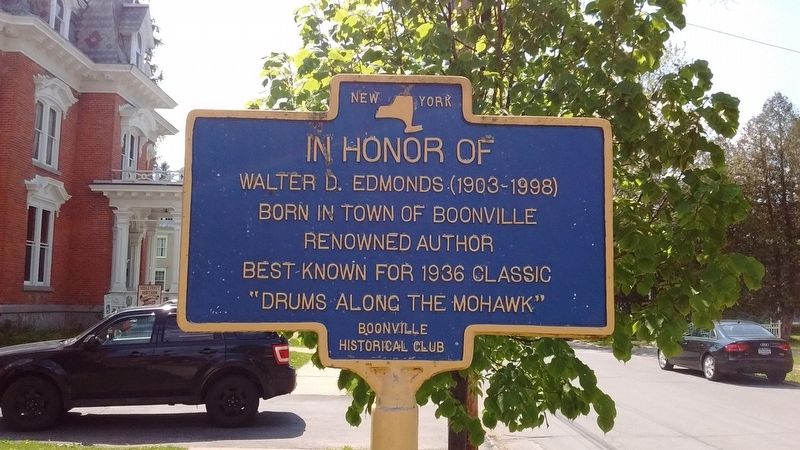 Photographed By Tom Bosse, May 23, 2016
1. In Honor of Walter D. Edmonds (1903-1998) Marker
Inscription.
In Honor of Walter D. Edmonds (1903-1998). .
Born in town of Boonville. Renowned author. Best known for 1936 classic "Drums Along the Mohawk". . This historical marker was erected by Booneville Historical Club. It is in Boonville in Oneida County New York

Born in town of Boonville.
Renowned author.
Best known for 1936 classic
"Drums Along the Mohawk"

Topics. This historical marker is listed in this topic list: Arts, Letters, Music. A significant historical year for this entry is 1903.

Other nearby markers. At least 8 other markers are within 7 miles of this marker, measured as the crow flies. Pratt House (a few steps from this marker); Post House, 1817 (within shouting distance of this marker); Boonville (about 300 feet away, measured in a direct line); Boonville Historic District (about 500 feet away); First Presbyterian Church (approx. 0.2 miles away); Black River Canal (approx. ¼ mile away); a different marker also named Black River Canal 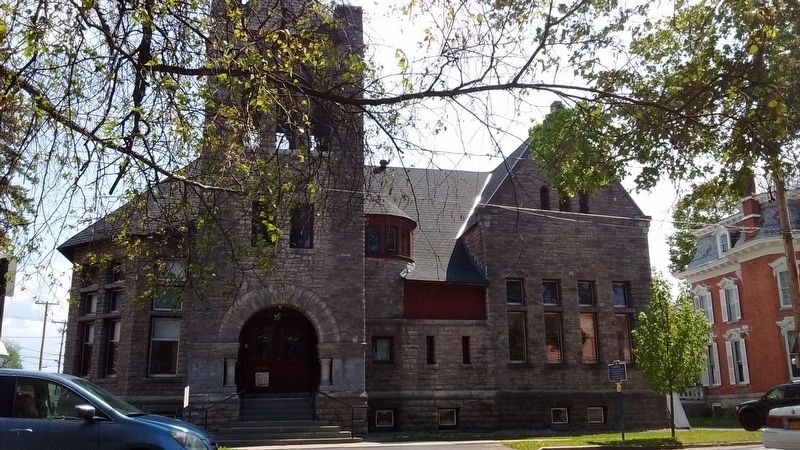 Click or scan to see
this page online
(approx. 5.7 miles away); Mohawk River (approx. 6.6 miles away). Touch for a list and map of all markers in Boonville.