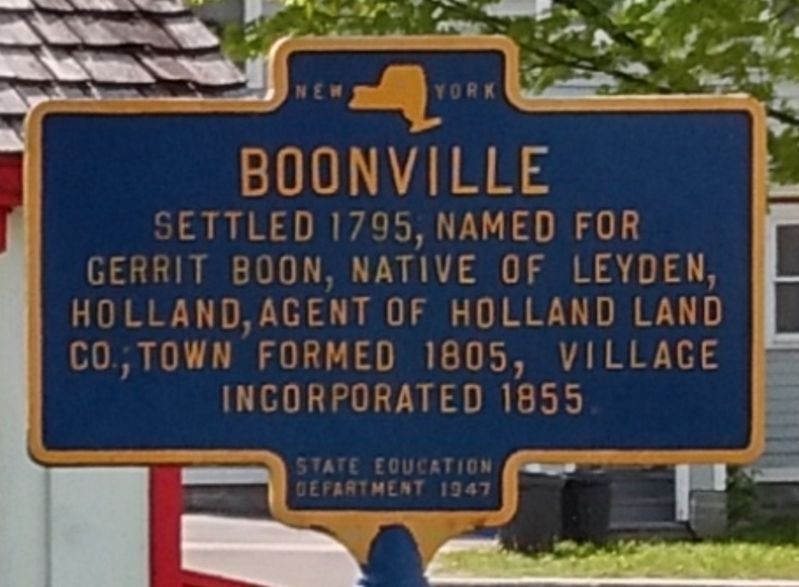 Topics. This historical marker is listed in this topic list: Settlements & Settlers. A significant historical year for this entry is 1795.

Location. 43° 29.05′ N, 75° 20.133′ W. Marker is in Boonville, New York, in Oneida County. Marker is at the intersection of Main Street (New York State Route 120) and Post Street on Main Street. Marker is located adjacent to the "Christmas Cottage", across the street from the Post Office. Touch for map. Marker is in this post office area: Boonville NY 13309, United States of America. Touch for directions. 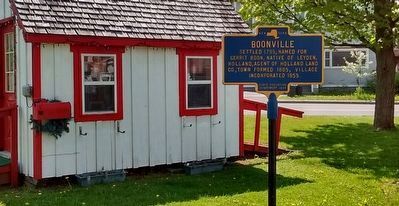