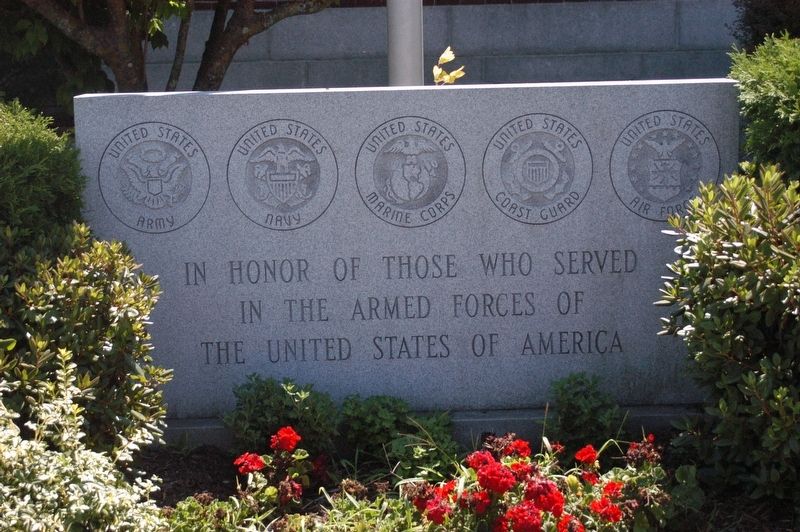 Location. 42° 58.858′ N, 70° 56.792′ W. Marker is in Exeter, New Hampshire, in Rockingham County. Memorial is on Front Street, on the right when traveling north. Marker is located a few steps from the Revolutionary Capitol Marker in the town center. Touch for map. Marker is in this post office area: Exeter NH 03833, United States of America. Touch for directions. 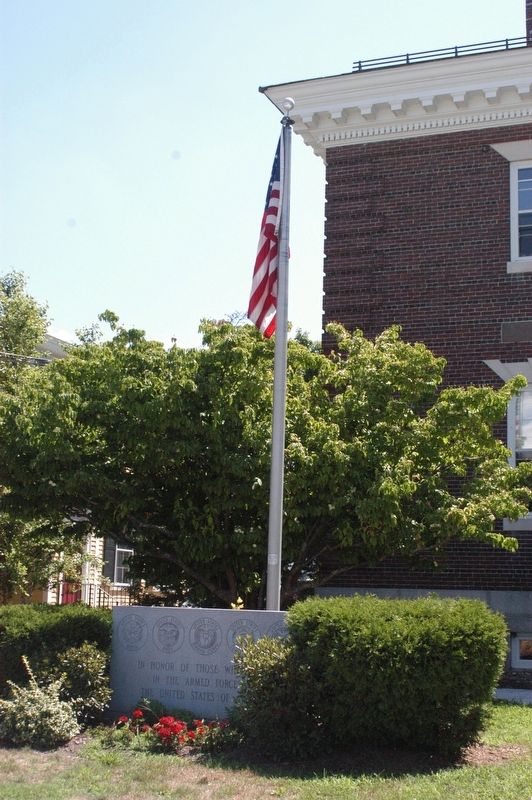 Photographed By James R. Murray, August 4, 2016
2. Exeter NH War Memorial Marker
There is a flagpole with the marker as well.