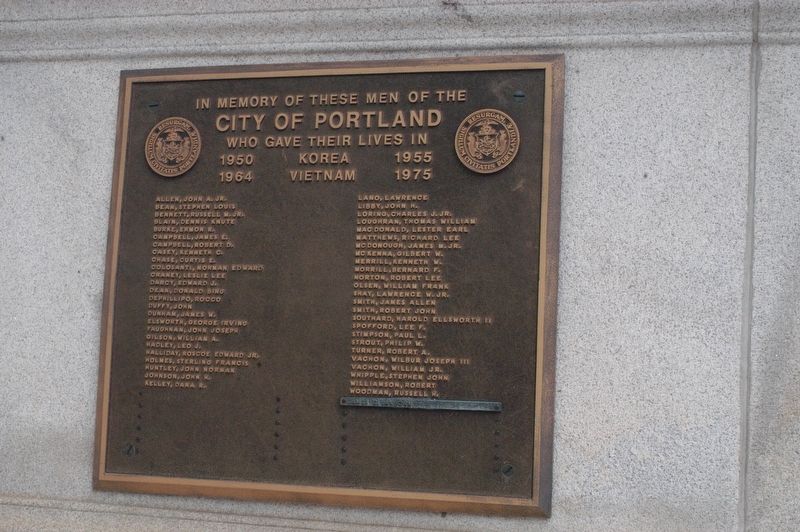 Location. 43° 39.555′ N, 70° 15.427′ W. Marker is in Portland, Maine, in Cumberland County. Memorial is on Congress Street, on the left when traveling west. One of the pair of war memorials at the right side entrance steps as you enter Portland City Hall. Touch for map. Marker is at or near this postal address: 389 Congress Street, Portland ME 04101, United States of America. Touch for directions. 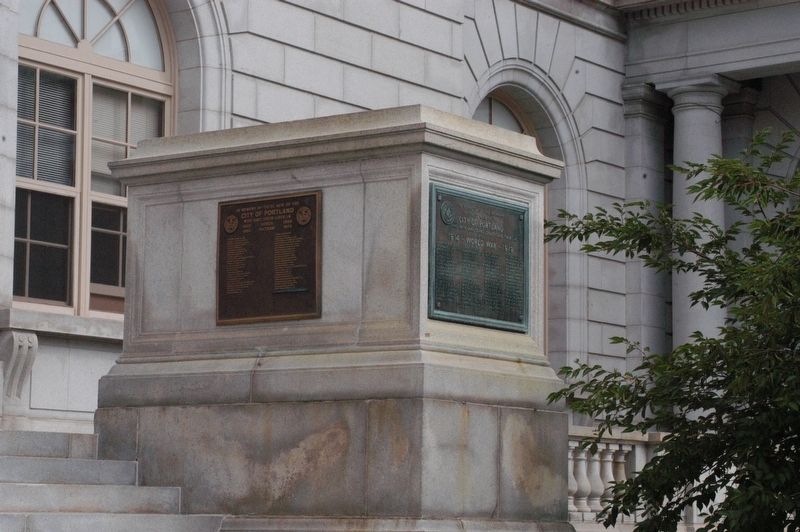