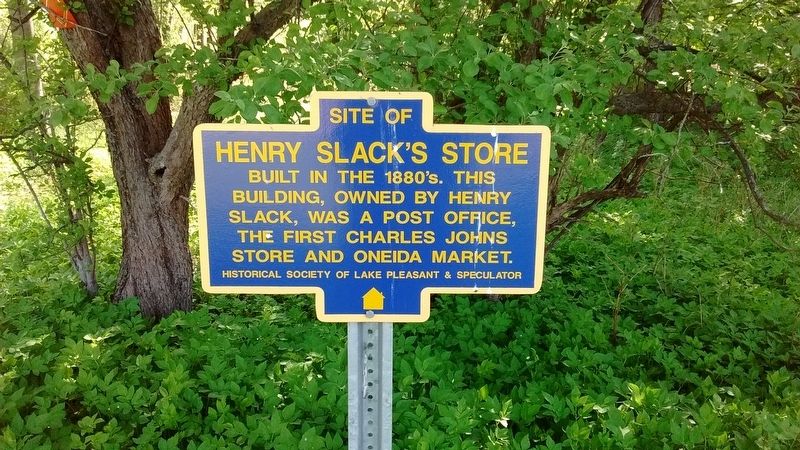 Built in the 1880's. This building, owned by Henry Slack, was a post office, the first Charles Johns Store and Oneida Market.

Other nearby markers. At least 8 other markers are within 9 miles of this marker, measured as the crow flies. Site of Lake Pleasant House (within shouting distance of this marker); Site of Buyce's Blacksmith Shop (about 400 feet away, measured in a direct line); Grace Methodist Episcopal Church (about 600 feet away); First Town Hall (approx. 0.2 miles away); Gene Tunney Park (approx. half a mile away); The Adirondacks (approx. 1.1 miles away); Peck's Farm 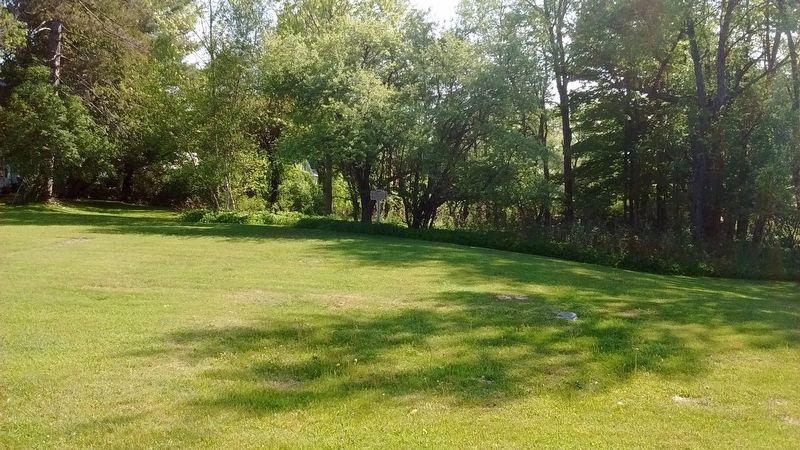