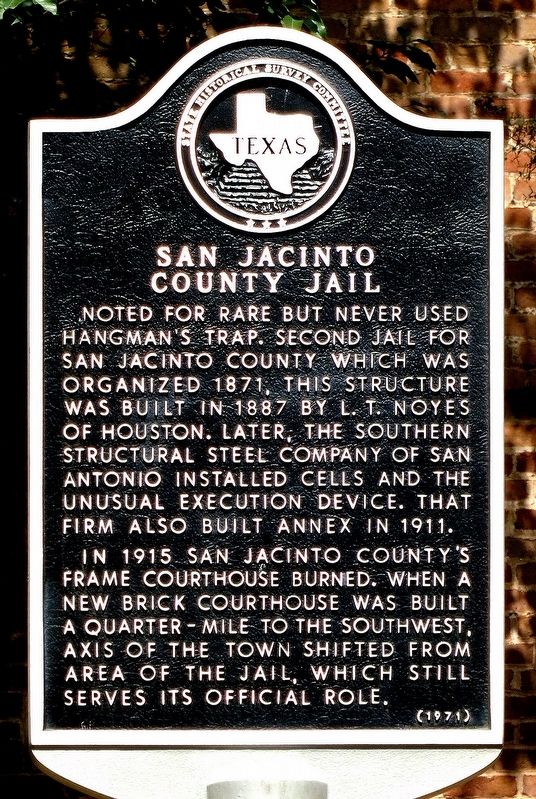 Noted for rare but never used hangman's trap. Second jail for San Jacinto County which was organized 1871, this structure was built in 1887 by L.T. Noyes of Houston. Later, the Southern Structural Steel Company of San Antonio installed cells and the unusual execution device. That firm also built annex in 1911.

In 1915 San Jacinto County's frame courthouse burned. When a new brick courthouse was built a quarter-mile to the southwest, axis of the town shifted from area of the jail, which still serves its official role.

Other nearby markers. At least 8 other markers are within walking distance of this marker. Old San Jacinto County Jail (a few steps from this marker); Laurel Hill Cemetery 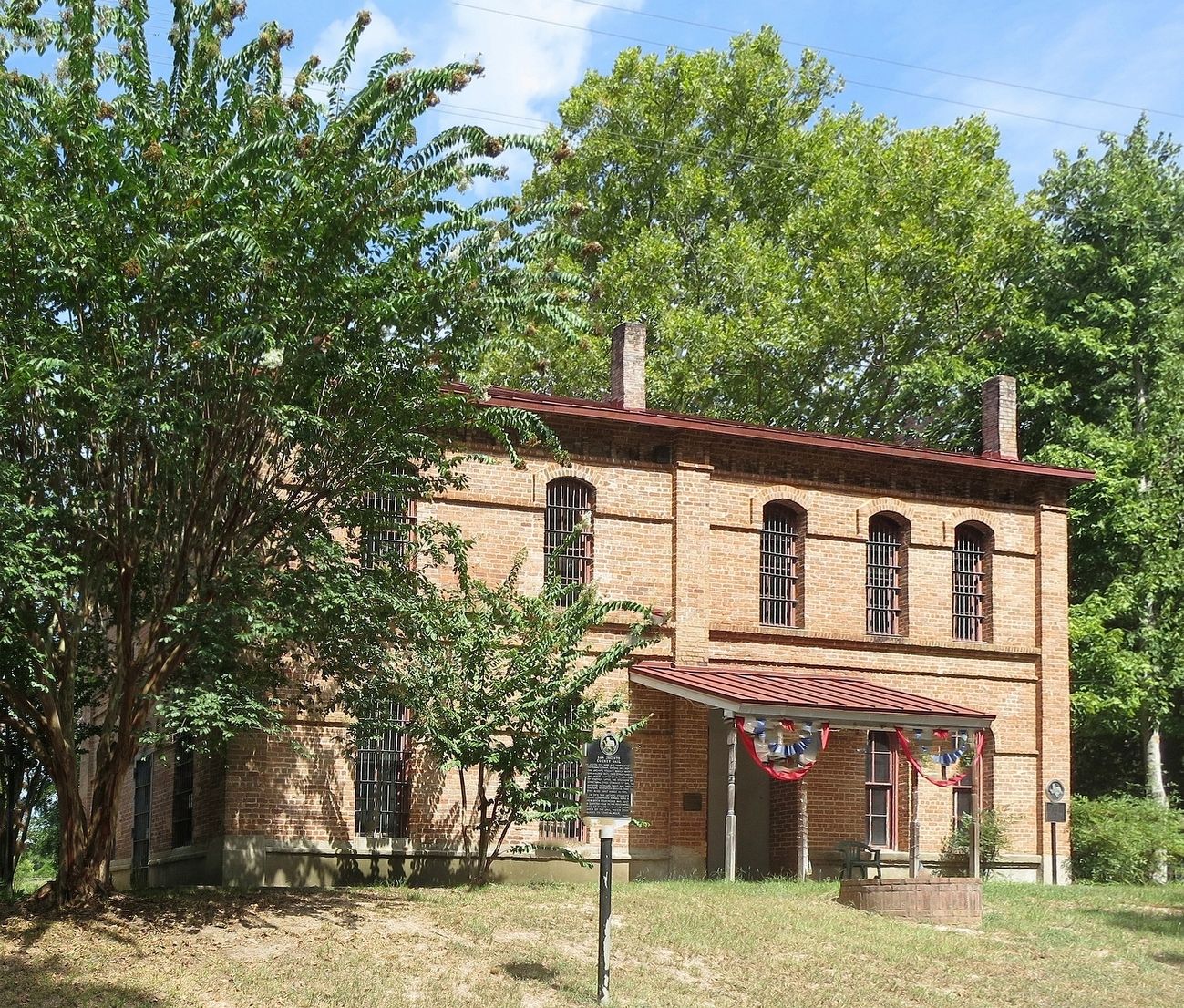 By Jim Evans, August 10, 2016
2. Old San Jacinto County Jail
Note second marker on right corner of building. I didn't realize that marker was there until I looked at the picture.

Regarding San Jacinto County Jail. This building is listed in the National Register of Historic Places.