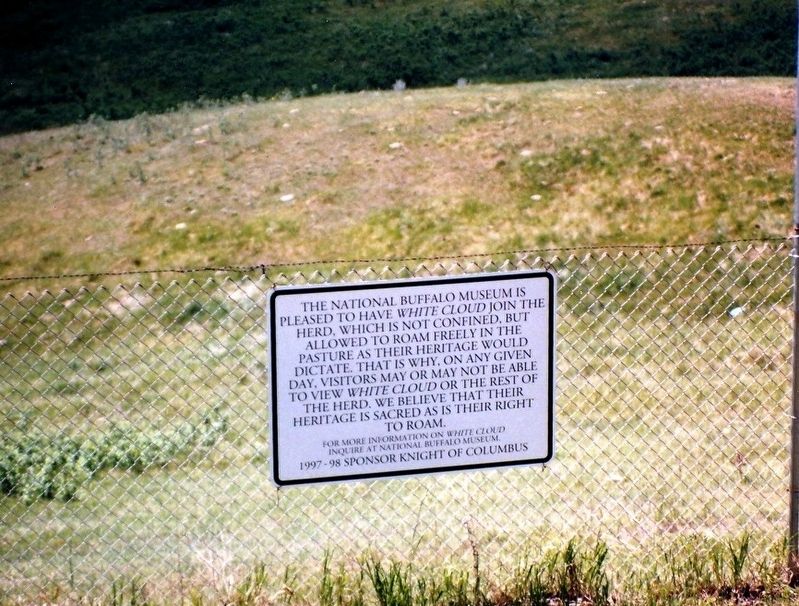 The National Buffalo Museum is pleased to have White Cloud join the herd, which is not confined, but allowed to roam freely in the pasture as their heritage would dictate. That is why, on any given day, visitors may or may not be able to view White Cloud or the rest of the herd. We believe that their heritage is sacred as is their right to roam. For more information on White Cloud inquire at National Buffalo Museum. 1997-98 sponsor Knights of Columbus.

Topics. This historical marker is listed in these topic lists: Animals • Entertainment. 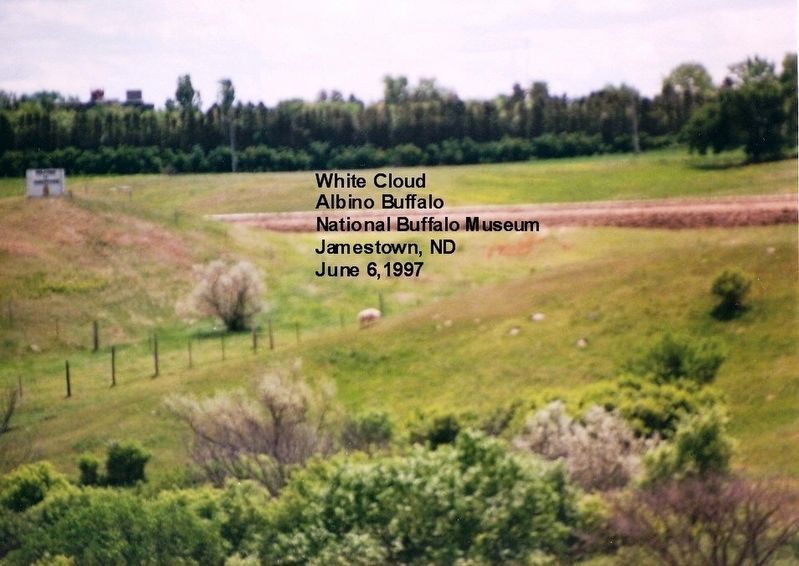 Photographed By Don Morfe, June 6, 1997
2. White Cloud-Albino Buffalo
White Cloud is in the middle of the photo near the fence. 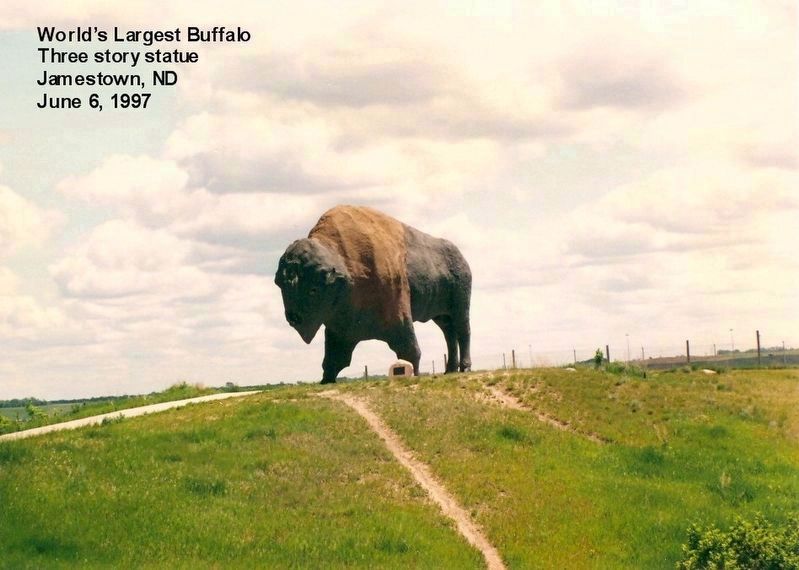 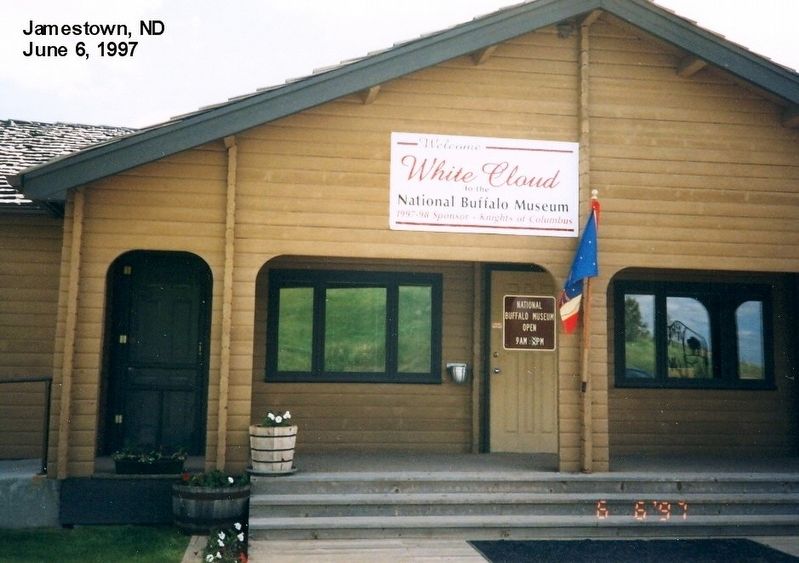 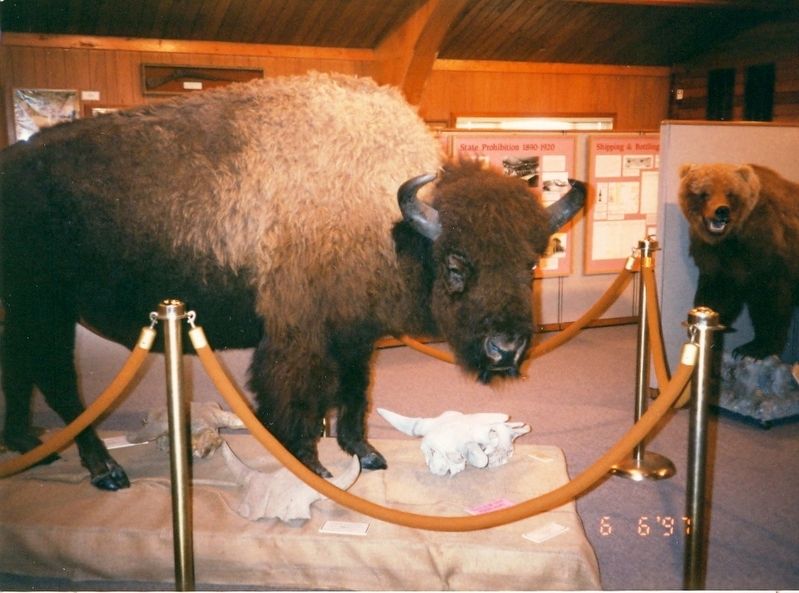 Photographed By Don Morfe, June 6, 1997
5. Photo from inside the museum 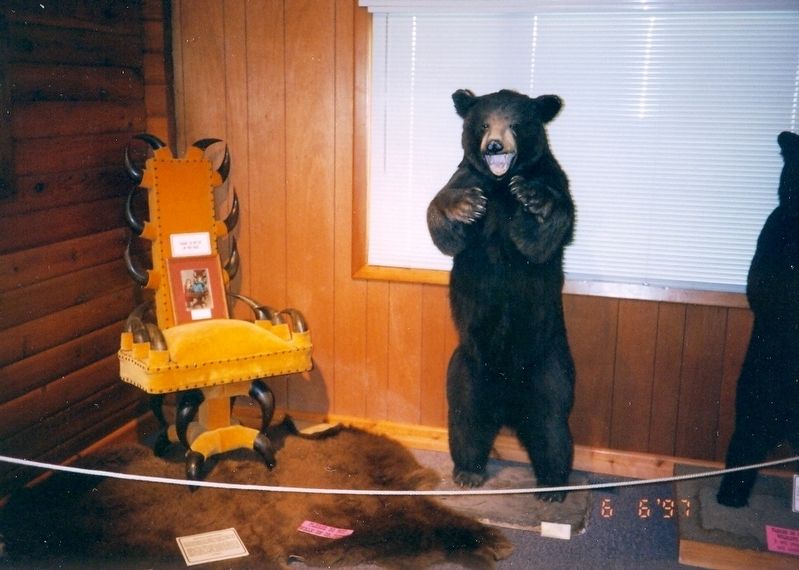