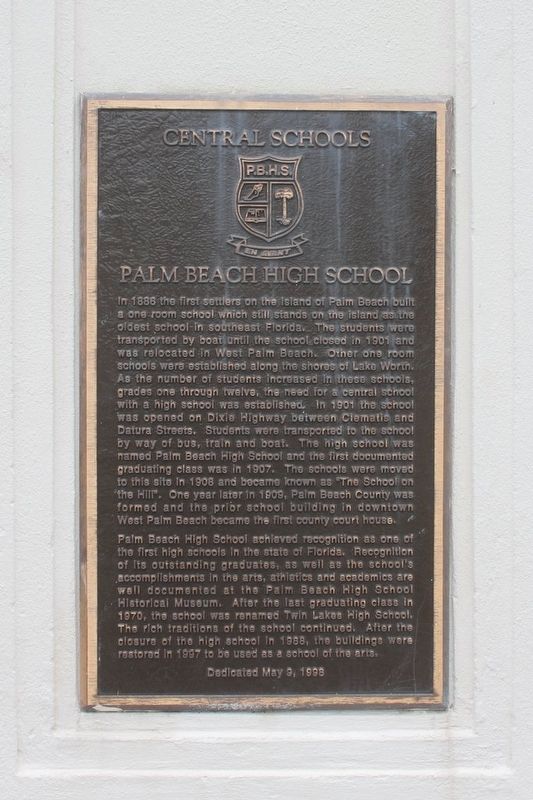 In 1886, the first settlers on the Island of Palm Beach built a one room school which still stands on the island as the oldest school in southeast Florida. The students were transported by boat until the school closed in 1901 and was relocated in West Palm Beach. Other one room schools were established along the shores of Lake Worth. As the number of students increased in the schools, grades one to twelve, the need for a central school with a high school was established. In 1901, the school was opened on Dixie Highway between Clematis and Datura streets. Students were transported to the school by way of bus, train and boat. The high school was named Palm Beach High School and the first documented graduating class was 1907. The schools were moved to this site in 1908 and became known as “The School on the Hill.” One year later in 1909, Palm Beach County was founded and the prior school building in downtown West Palm Beach became the first county court house.

Palm Beach High School achieved recognition as one of the first high schools in the state of Florida. Recognition of its outstanding graduates, as well as the school’s 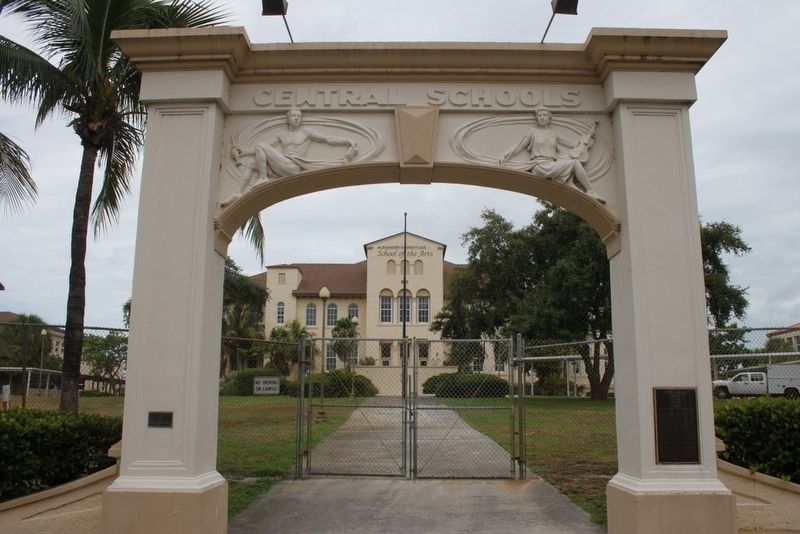 Click or scan to see
this page online
accomplishments in the arts, athletics and academics are well documented at the Palm Beach High School Historical Museum. After the last graduating class in 1970, the school was renamed Twin Lakes High School. The rich tradition of the school continued. After the closure of the high school in 1988, the buildings were restored in 1997 to be used as a school of the arts.

Topics. This historical marker is listed in this topic list: Education. A significant historical year for this entry is 1908.