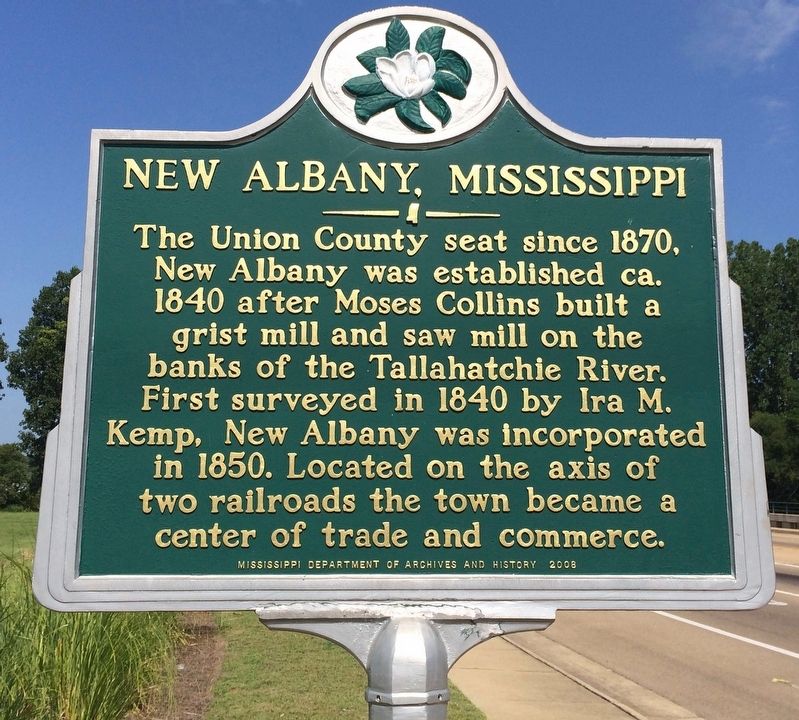 The Union County Seat since 1870, New Albany was established ca, 1840 after Moses Collins built a grist mill and saw mill on the banks of the Tallahatchie River. First surveyed in 1840 by Ira M. Kemp, New Albany was incorporated in 1850. Located on the axis of two railroads the town became a center of trade and commerce.

Erected 2008 by Mississippi Department of Archives and History.

Topics and series. This historical marker is listed in these topic lists: Industry & Commerce • Railroads & Streetcars • Settlements & Settlers. In addition, it is included in the Mississippi State Historical Marker Program series list. A significant historical year for this entry is 1870.

Location. 34° 29.689′ N, 89° 0.673′ W. Marker is in New Albany, Mississippi, in Union County. Marker is at the intersection of West Bankhead Street (State Highway 178) and West Main Street, on the right when traveling east on West Bankhead Street. Located just east of the bridge over the Little Tallahatchie River in the area of the Biscuits and Jam Farmers' Market. Touch for map 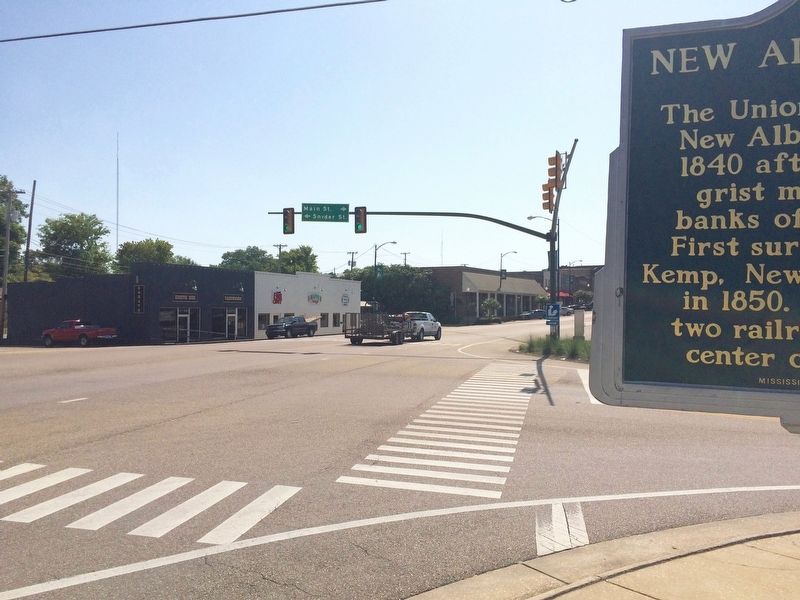 Click or scan to see
this page online
. Marker is at or near this postal address: West Bankhead Street, New Albany MS 38652, United States of America. Touch for directions. 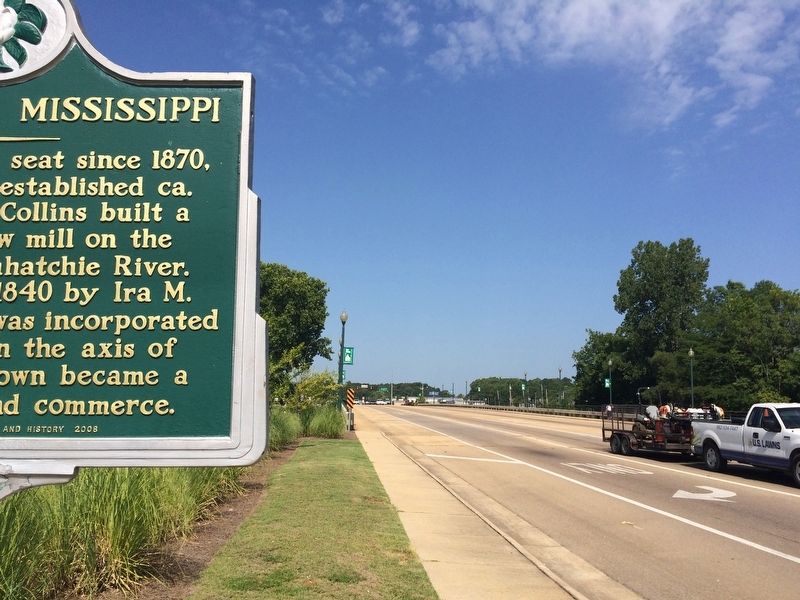