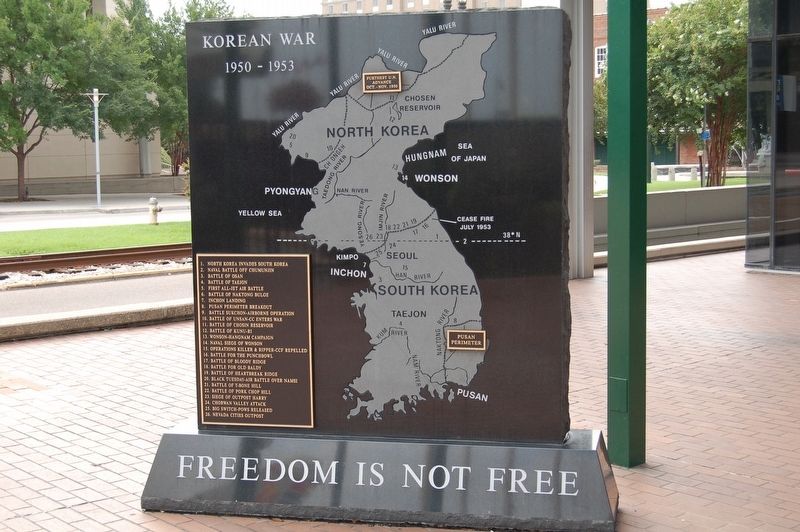 Freedon Is Not Free

Erected by those who served in honor of the more than 34,000 Americans who made the supreme sacrifice.

Freedon Is Not Free

Other nearby markers. At least 8 other markers are within walking distance of this marker. John Archer Lejeune (here, next to this marker); USCGC White Alder (a few steps from this marker); Louisiana Vietnam War Memorial 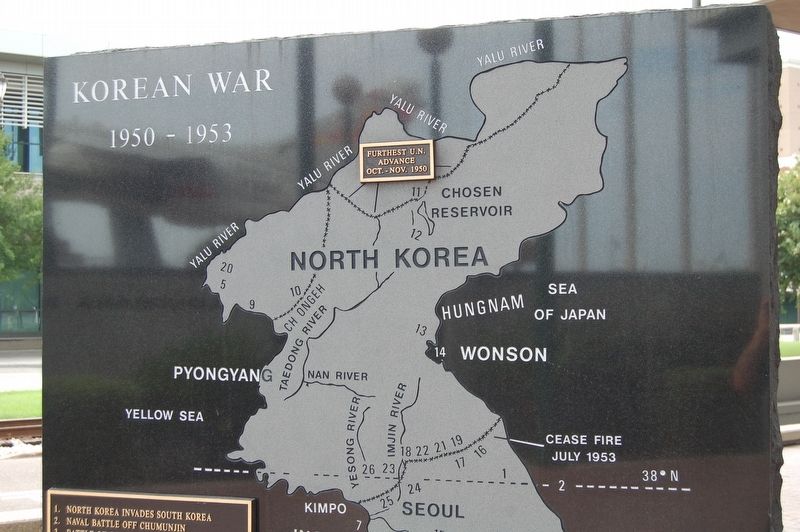 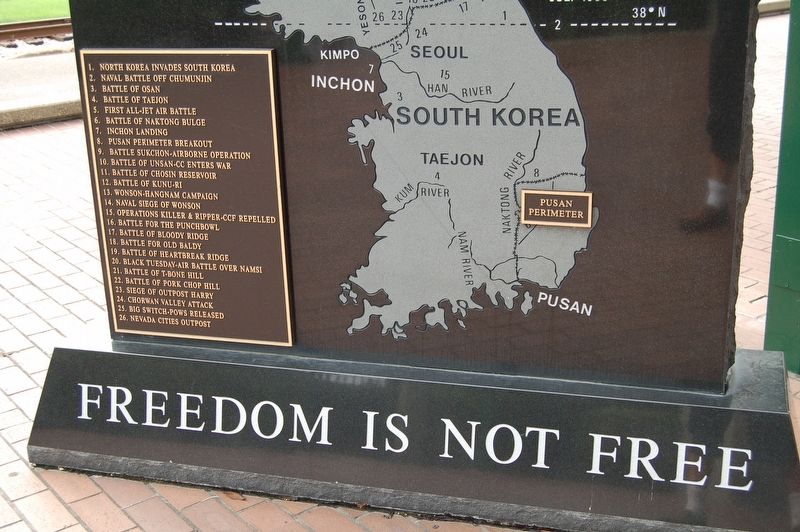 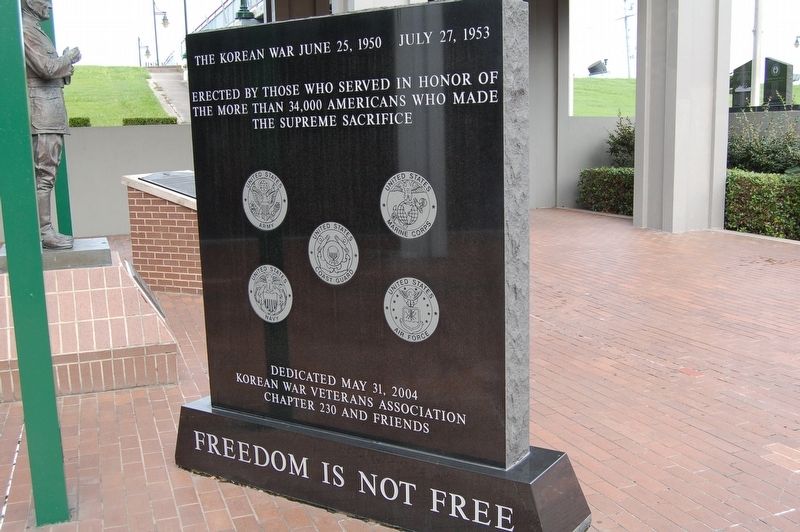