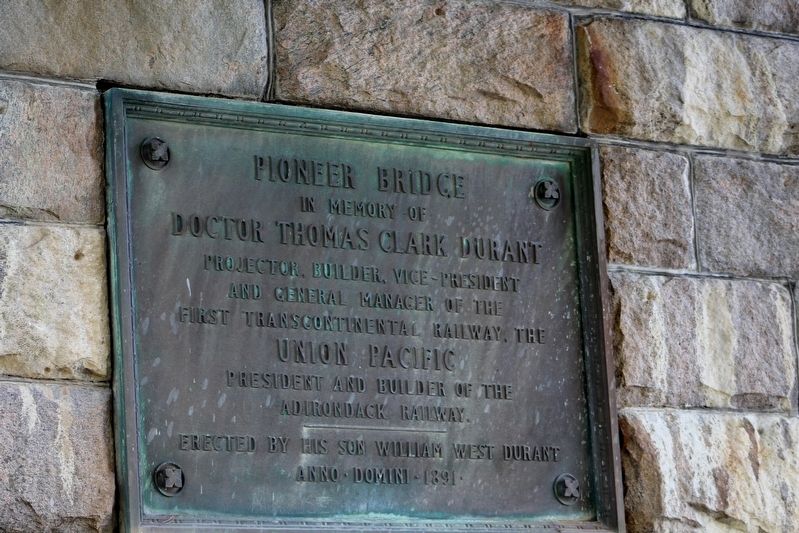 President and builder of the Adirondack Railway. . This historical marker was erected in 1891 by William West Durant. It is Near Blue Mountain Lake in Hamilton County New York

President and builder of the Adirondack Railway.

Location. 43° 51.133′ N, 74° 28.233′ W. Marker is near Blue Mountain Lake, New York, in Hamilton County. Marker can be reached from Eagle Nest Road. This marker is located underneath the bridge. It cannot be seen from the road. It can only be seen by traveling underneath the bridge by boat. Touch for map. Marker is in this post office area: Blue Mountain Lake NY 12812, United States of America. Touch for directions. 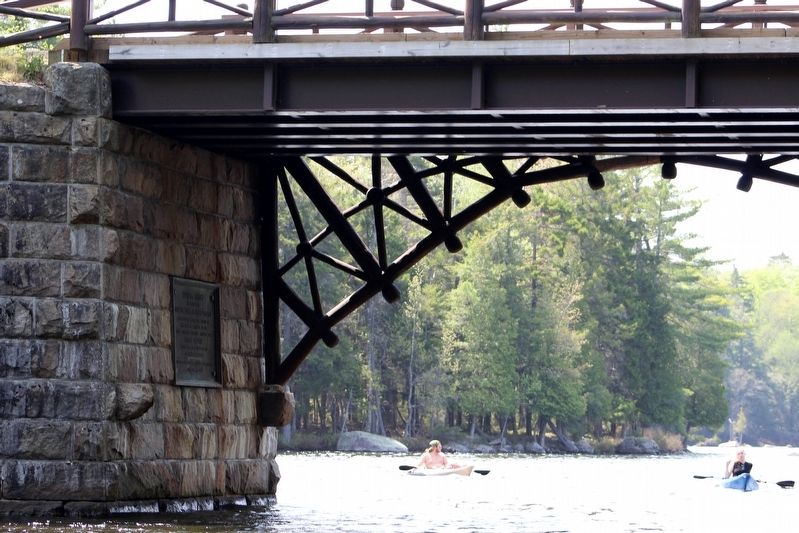 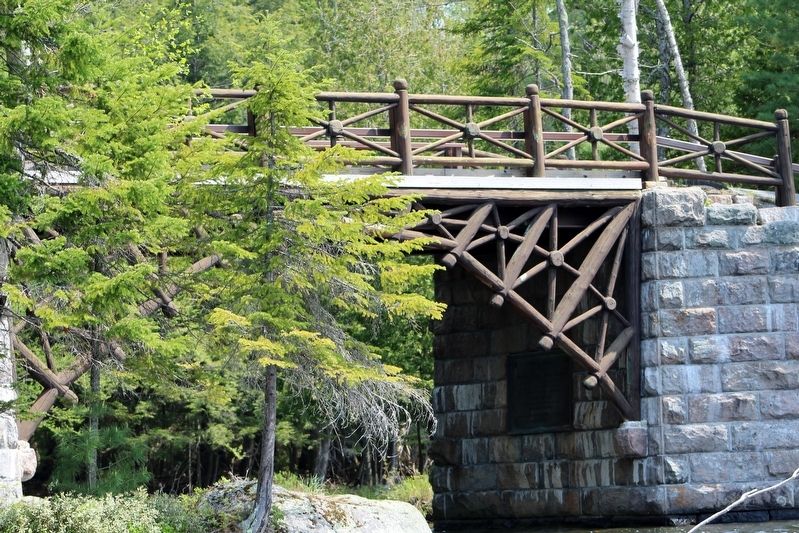