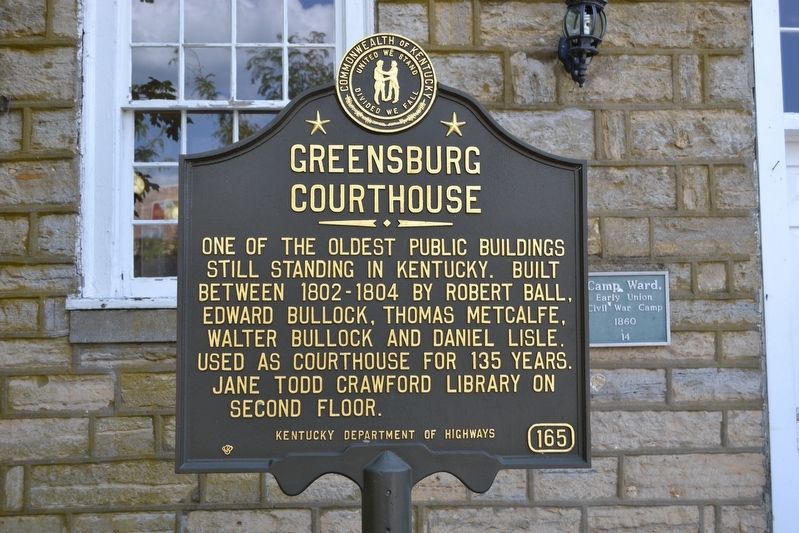 Photographed By Duane Hall, July 31, 2016
1. Greensburg Courthouse Marker
Inscription.
Greensburg Courthouse. . One of the oldest public buildings still standing in Kentucky. Built between 1802-1804 by Robert Ball, Edward Bullock, Thomas Metcalfe, Walter Bullock and Daniel Lisle. Used as a courthouse for 135 years. Jane Todd Crawford Library on second floor. . This historical marker was erected by Kentucky Department of Highways. It is in Greensburg in Green County Kentucky

Topics. This historical marker is listed in this topic list: Notable Buildings. A significant historical year for this entry is 1802.

Location. 37° 15.636′ N, 85° 30.097′ W. Marker is in Greensburg, Kentucky, in Green County. Marker can be reached from the intersection of E. Court Street and S. Main Street. Marker is located in front of the historic Greensburg Courthouse. Touch for map. Marker is in this post office area: Greensburg KY 42743, United States of America. Touch for directions. 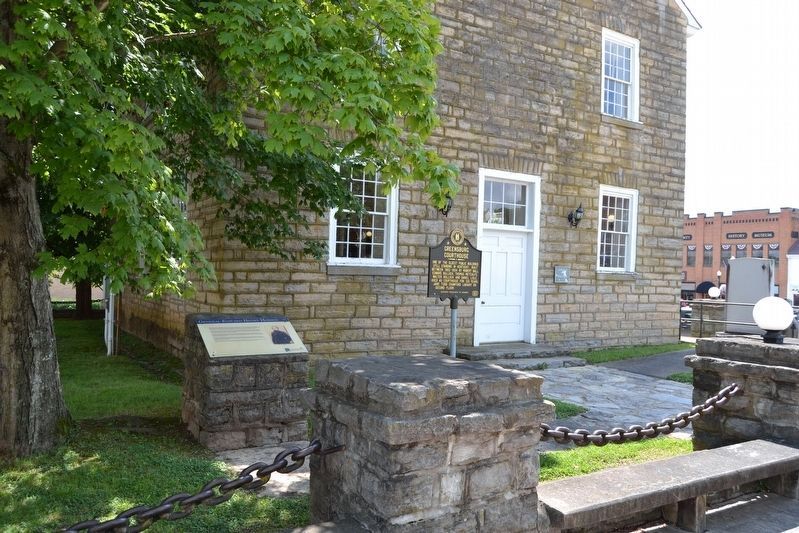 Click or scan to see
this page online
(within shouting distance of this marker); Home of Early Minister (about 500 feet away, measured in a direct line); Lincoln's Law Partner (about 700 feet away); a different marker also named Home of Gen. Edward H. Hobson (about 700 feet away). Touch for a list and map of all markers in Greensburg. 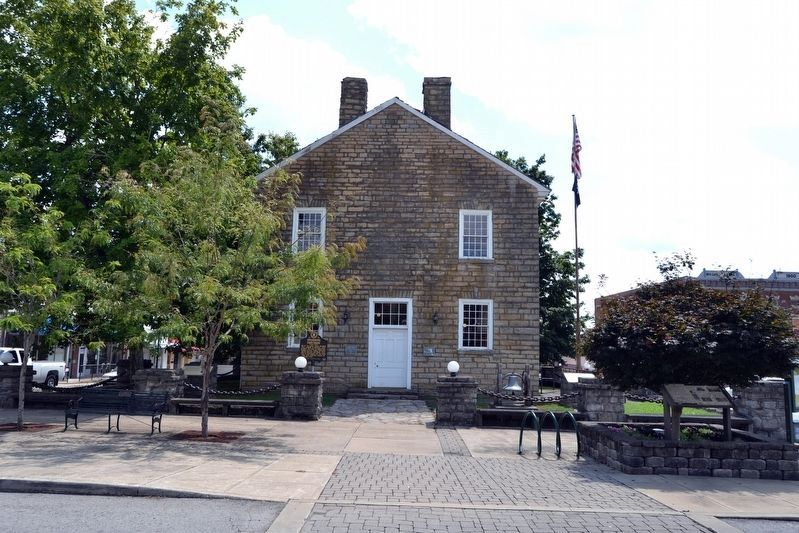 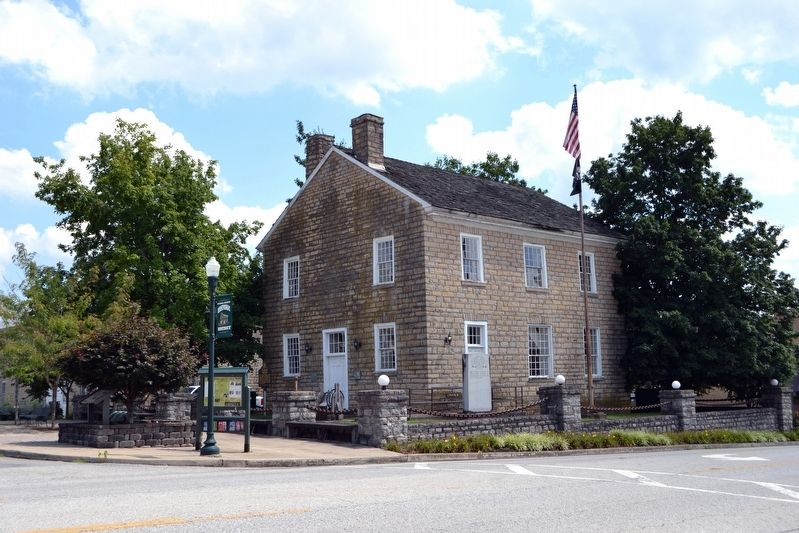