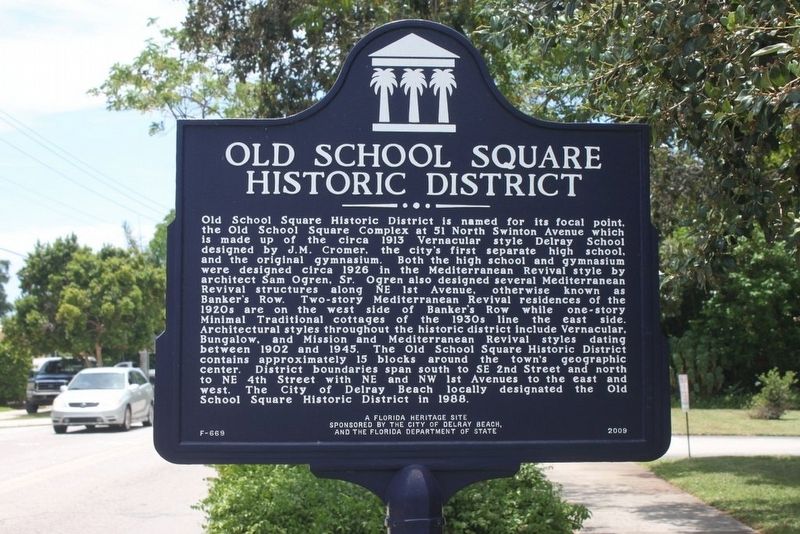 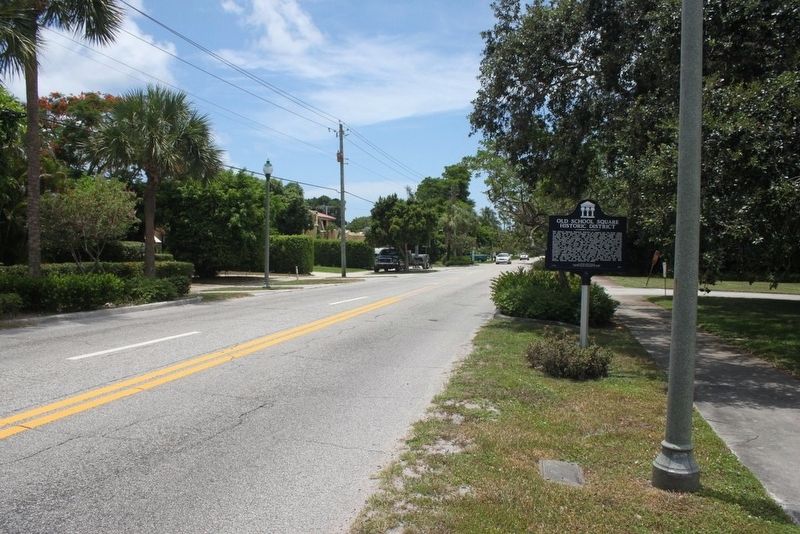 Click or scan to see
this page online
District in 1988.

Erected 2009 by The City of Delray Beach and the Florida Department of State. (Marker Number F-669.)

Topics. This historical marker is listed in these topic lists: Architecture • Settlements & Settlers. A significant historical year for this entry is 1913.