They Gave All Their Tomorrows So You May Have Today 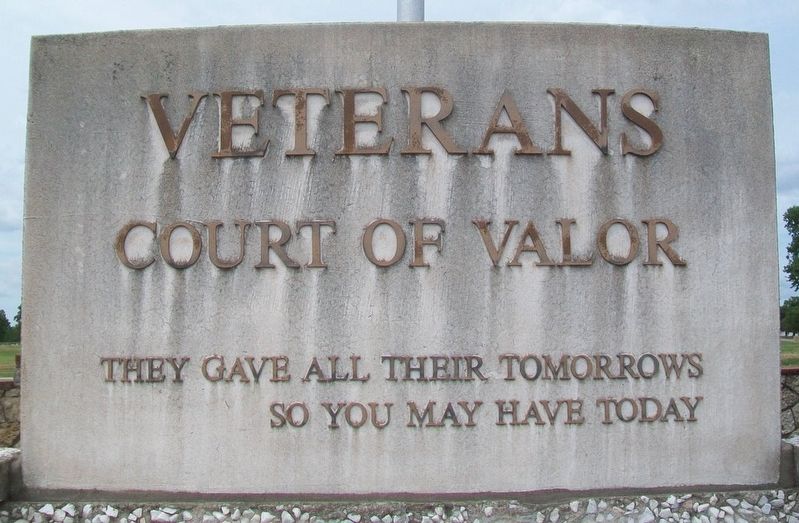 [Also Rolls of Honored Veterans]. . This memorial is in Coffeyville in Montgomery County Kansas

They Paid The Supreme Sacrifice -
May We Never Forget

Location. 37° 3.069′ N, 95° 38.9′ W. Marker is in Coffeyville, Kansas, in Montgomery County. Memorial is on Woodland Avenue west of Cline Road, on the right when traveling west. Memorial is at the SE corner of Restlawn Memorial Park. 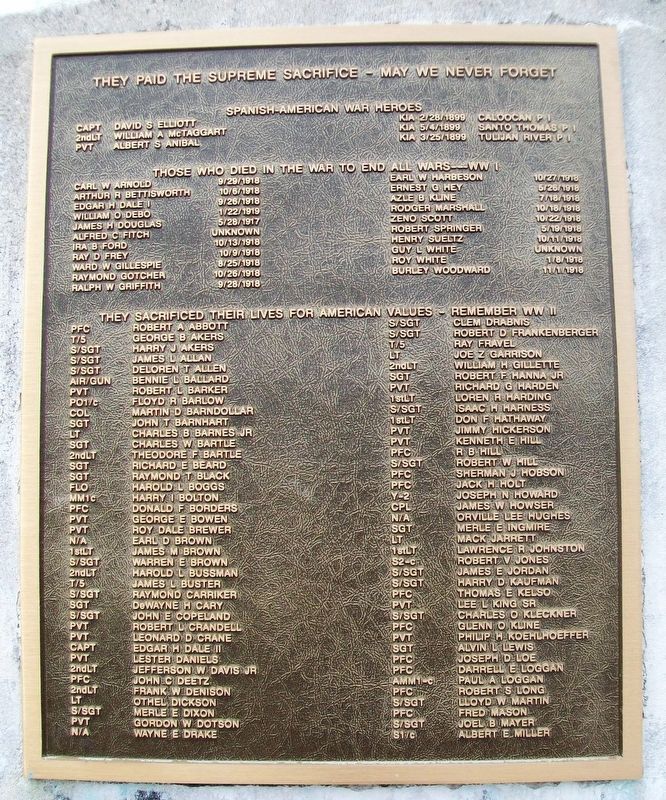 Click or scan to see
this page online
Touch for map. Marker is at or near this postal address: 2000 Woodland Avenue, Coffeyville KS 67337, United States of America. Touch for directions. 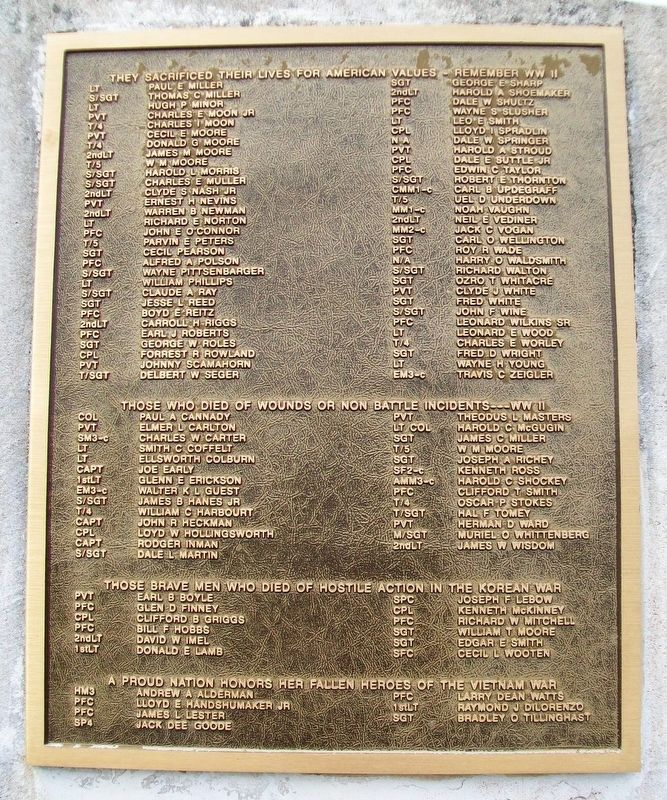 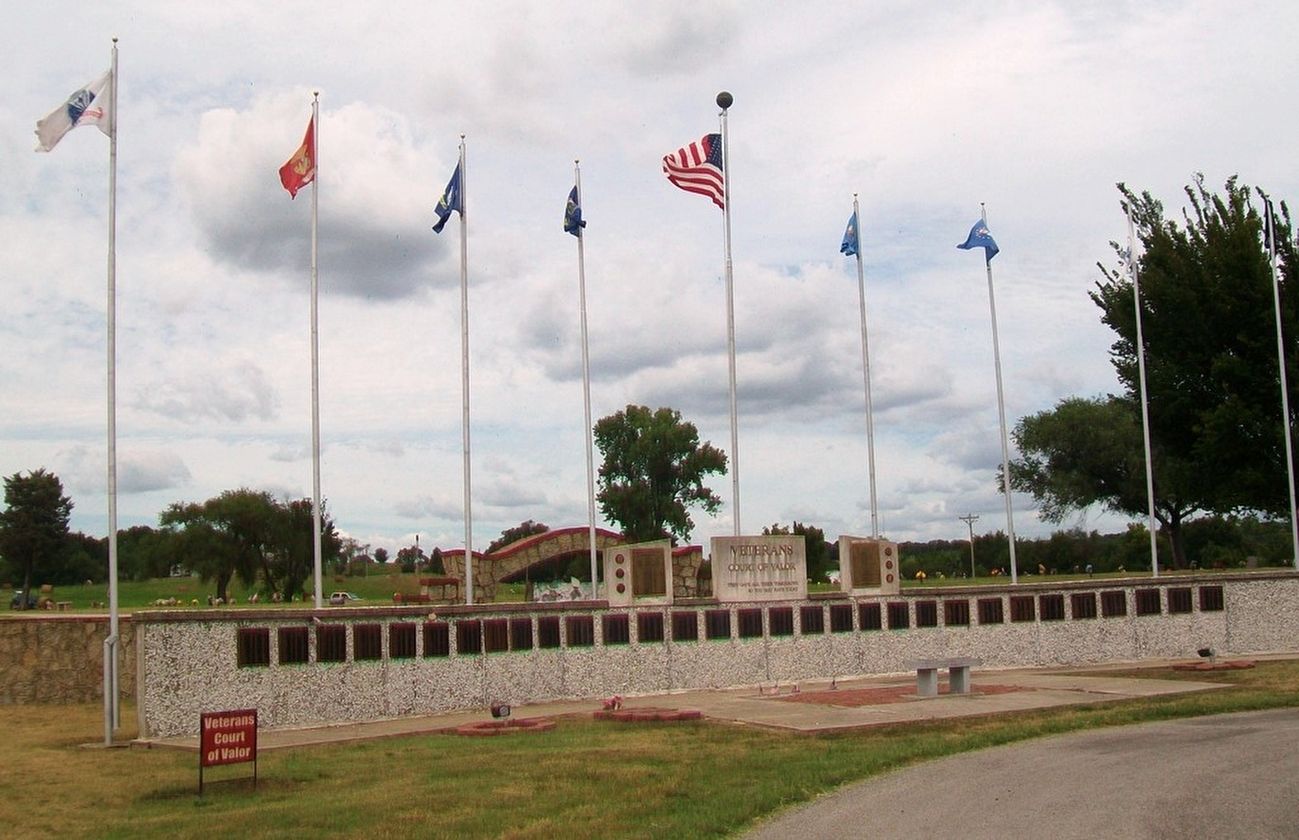