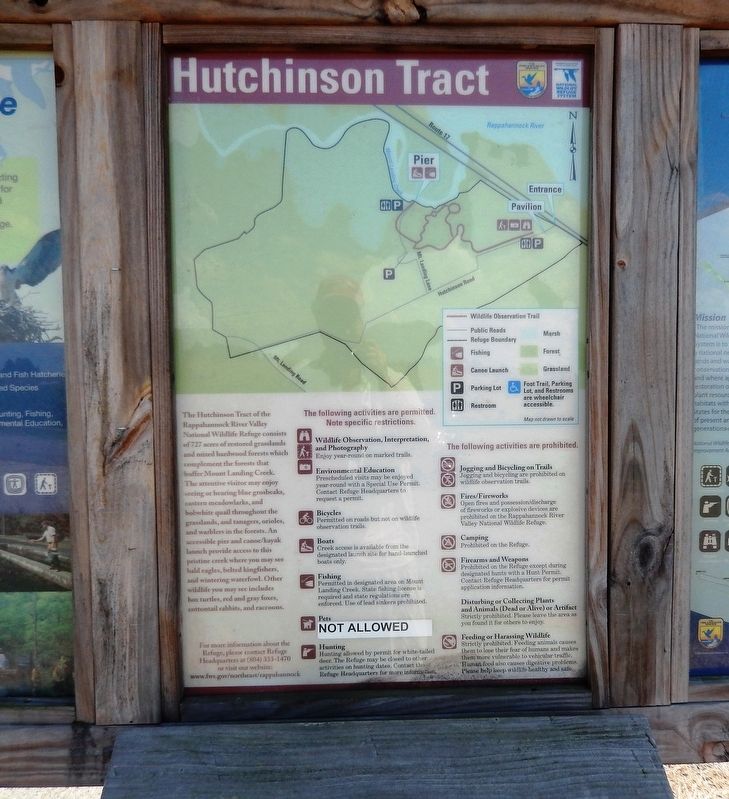 For more information about the Refuge, please contact Refuge Headquarters at (804) 333-1470 or visit our website: www.fws.gov/northeast/rappahannock. . This historical marker was erected by U.S. Fish and Wildlife Service and National Wildlife Refuge System. It is in Tappahannock in Essex County Virginia

The Hutchinson Tract of the Rappahannock River Valley National Wildlife Refuge consists of 727 acres of restored grasslands and mixed hardwood forests which complement the forests that buffer Mount Landing Creek. The attentive visitor may enjoy seeing or hearing blue grosbeaks, eastern meadowlarks, and bobwhite quail throughout the grasslands, and tanagers, orioles, and warblers in the forests. An accessible pier and canoe/kayak launch provide access to this pristine creek where you may see bald eagles, belted kingfishers, and wintering waterfowl. Other wildlife you may see includes box turtles, red and gray foxes, cottontail rabbits, and raccoons.

Topics. This historical marker is listed in this topic list: Natural Resources. 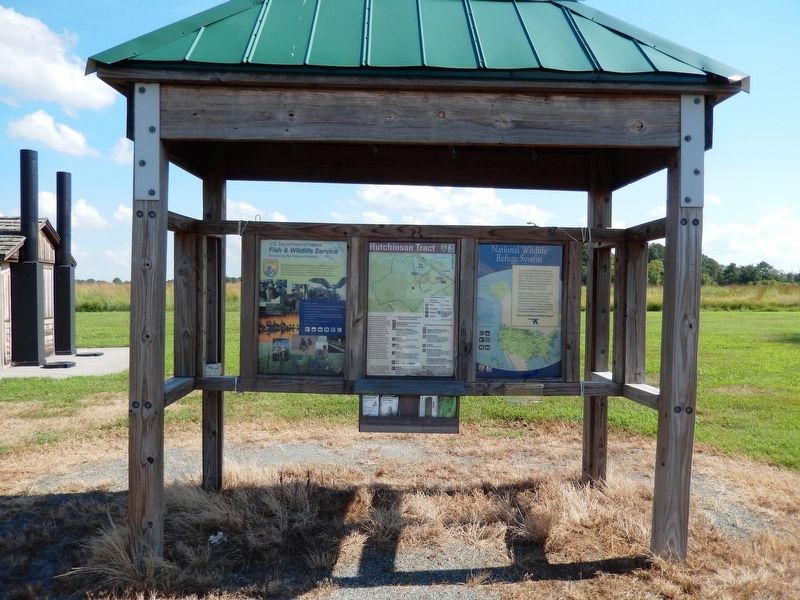 By Don Morfe, August 16, 2016
2. Hutchinson Tract Marker
This marker is the one in the middle of the three markers.

Click or scan to see
this page online
, Virginia, in Essex County. Marker is on Tidewater Trail. This is located near the entrance to the Refuge. Touch for map. Marker is at or near this postal address: 19180 Tidewater Trail, Tappahannock VA 22560, United States of America. Touch for directions. 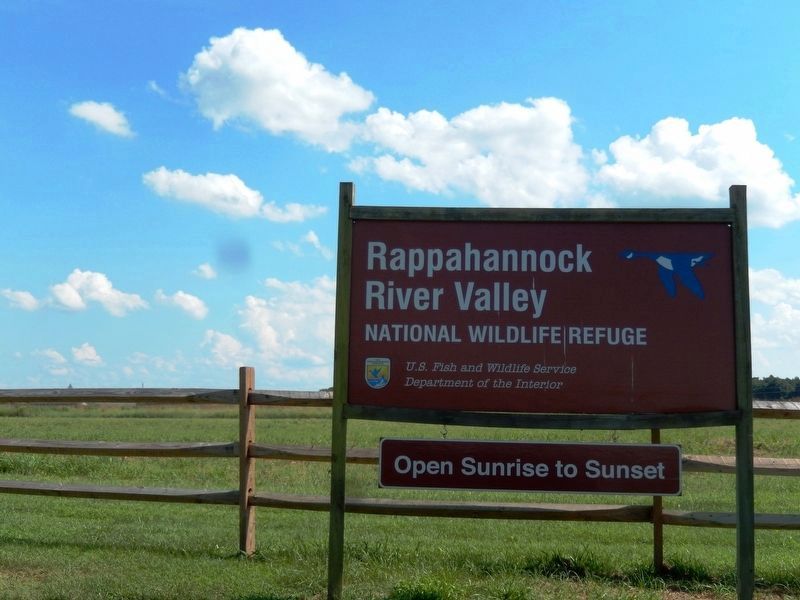