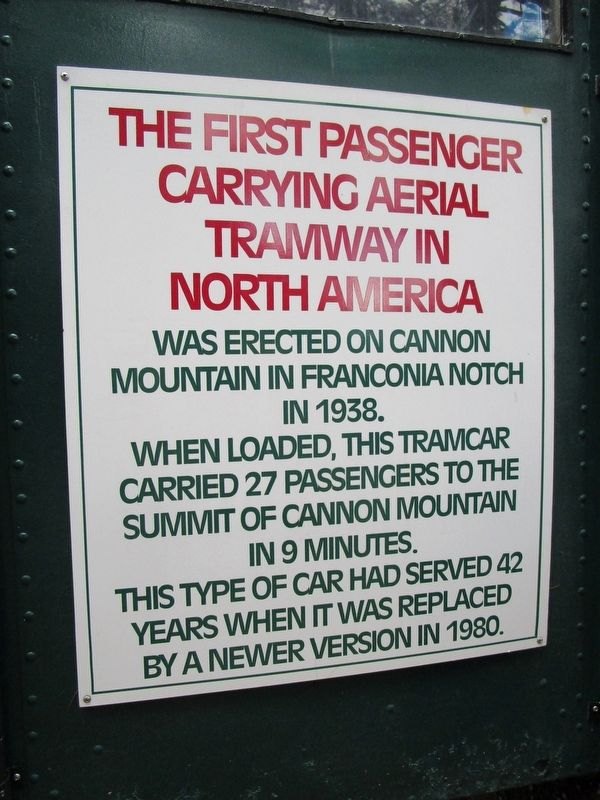 The First Passenger Carrying Aerial Tramway in North America was erected on Cannon Mountain in Franconia Notch in 1938. When loaded, this tramcar carried 27 passengers to the summit of cannon mountain in 9 minutes. This type of car had served 42 years when it was replaced by a newer version in 1980.

Topics. This historical marker is listed in these topic lists: Air & Space • Railroads & Streetcars. A significant historical year for this entry is 1938. 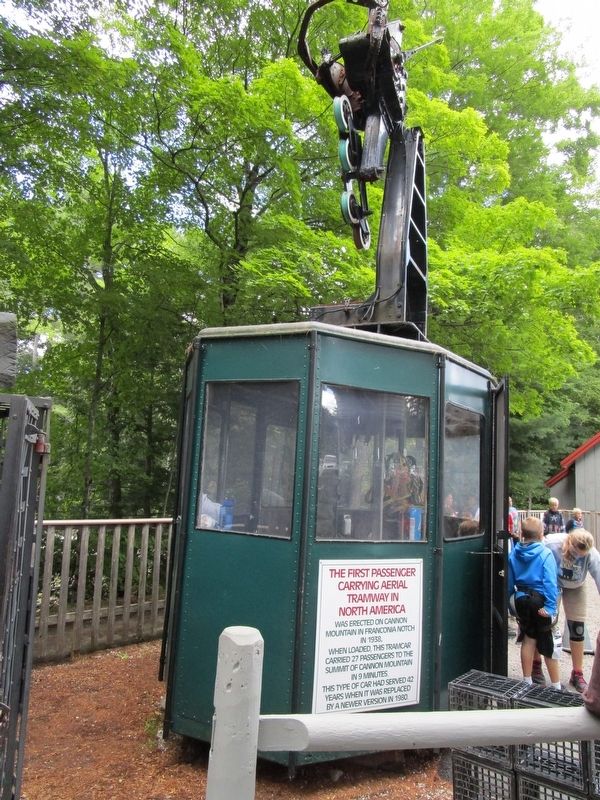