This "Double Arrow" Wrought Iron Fence was installed around the home of Judge Jerome Buckingham at 70 North Third Street in about 1835.

It was generously given by Dennis Crowley, a retired Newark fireman, to J. Gilbert Reese and James W. Pyle to enhance their new offices in 1992.

Topics. This historical marker is listed in this topic list: Architecture. A significant historical year for this entry is 1835. 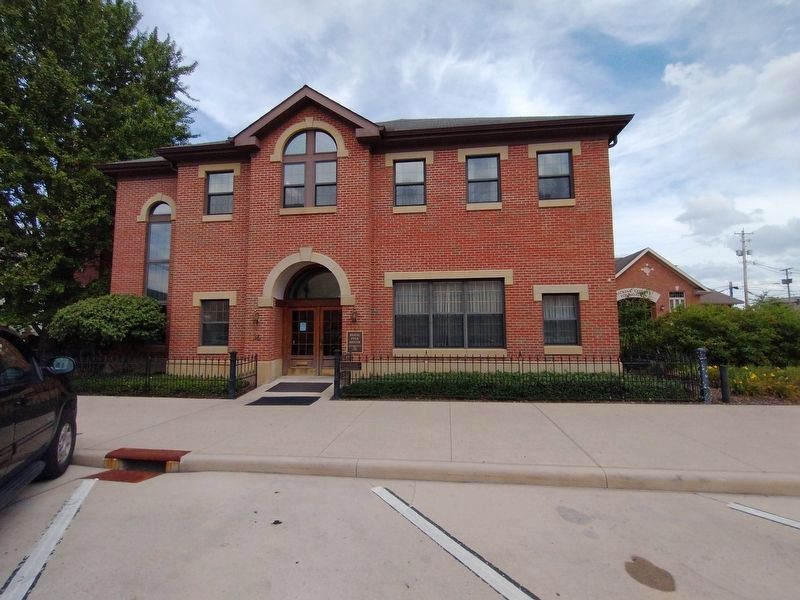