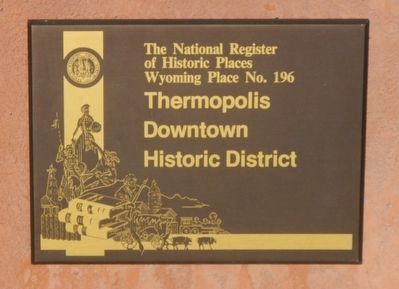 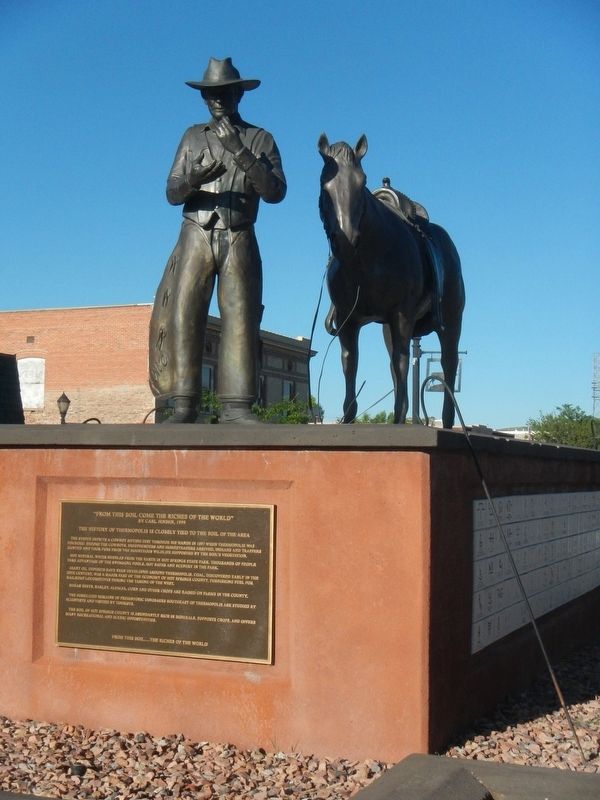 Photographed By Barry Swackhamer, June 4, 2016
2. "From This Soil Come the Riches of the World"
The marker is on this monument/statue.

Click or scan to see
this page online
of Owl Creek, just outside the reservation boundaries of the time and downstream from the town's present-day site. It provided better quarters for visitors than the pole-and-brush "Hotel de Sagebrush" near the hot springs, and offered stores and other businesses to serve the ranchers and homesteaders on Owl Creek and along the river. (Submitted on September 12, 2016, by Barry Swackhamer of Brentwood, California.) 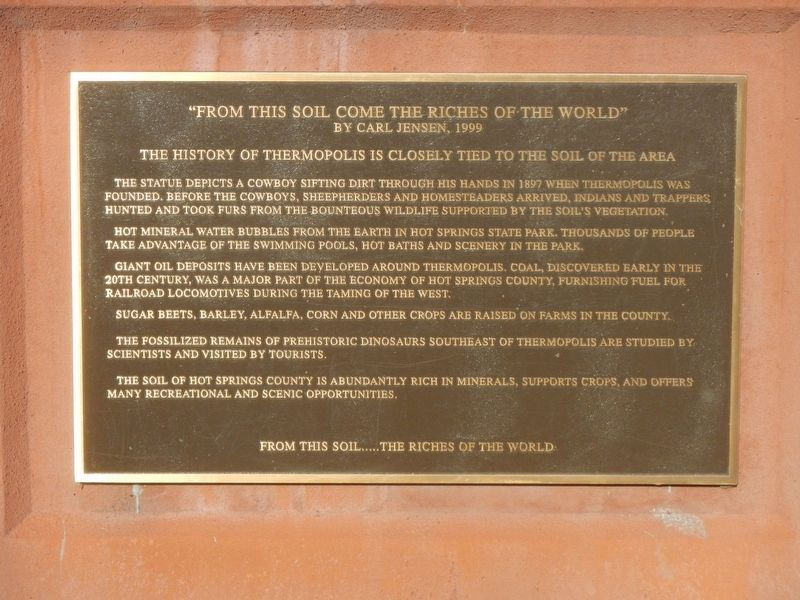 Photographed By Barry Swackhamer, June 4, 2016
3. "From This Soil Come the Riches of the World"
by Carl Jensen, 1999
The history of Thermopolis is closely tied to the soil of the area.
The statue depicts a cowboy sifting dirt through his hands in 1897 when Thermopois was founded. Before the cowboys, sheepherders and homesteaders arrived. Indians and trappers hunted and took furs from the bounteous wildlife supported by the soil's vegetation.
Hot mineral water bubbles from the earth in Hot Springs State Park. Thousands of people take advantage of the swimming pools, hot baths and scenery in the park.
Giant oil deposits have been developed around Thermopiles. Coal, discovered early in the 20th century, was a major part of the economy of Hot Springs County, furnishing fuel for railroad locomotives during the taming of the West.
Sugar beets, barley, alfalfa, corn, and other crops are raised on farms in the county.
The fossilized remains of prehistoric dinosaurs southeast of Thermopiles are studied by scientists and visited by tourists.
The soil of Hot Springs County is abundantly rich in minerals, supports crops, and offers many recreational and scenic opportunities.

From this soil..... the Riches of the World. 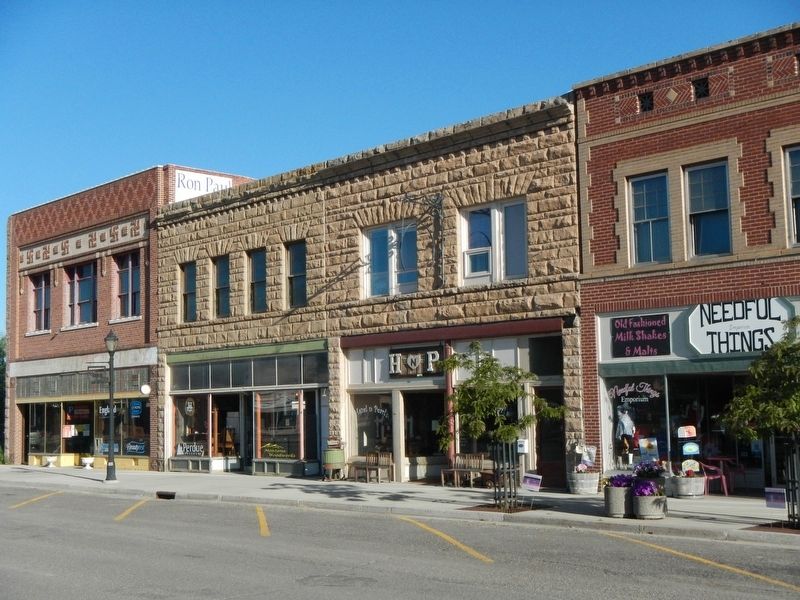