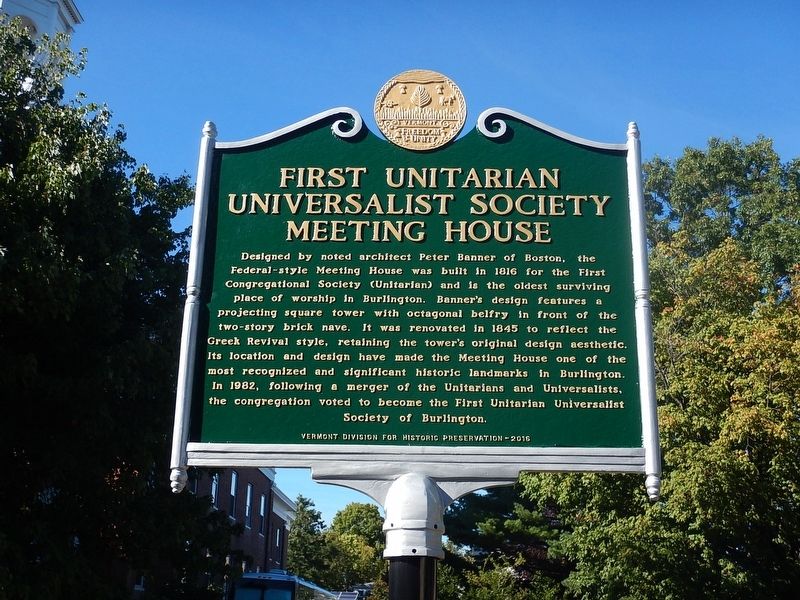 Designed by noted architect Peter Banner of Boston, the Federal-style Meeting House was built in 1816 for the First Congregational Society (Unitarian) and is the oldest surviving place of worship in Burlington. Banner's design features a projecting square tower with octagonal belfry in front of the two-story brick nave. It was renovated in 1845 to reflect the Greek Revival style, retaining the tower's original design aesthetic. Its location and design have made the Meeting House one of the most recognized and significant historic landmarks in Burlington. In 1982 following a merger of the Unitarians and Universalists, the congregation voted to become the First Unitarian Universalist Society of Burlington.

Topics and series. This historical marker is listed in these topic lists: Architecture • Churches & Religion. In addition, it is included in the Unitarian Universalism (UUism) ⛪ series list. A significant historical year for this entry is 1816. 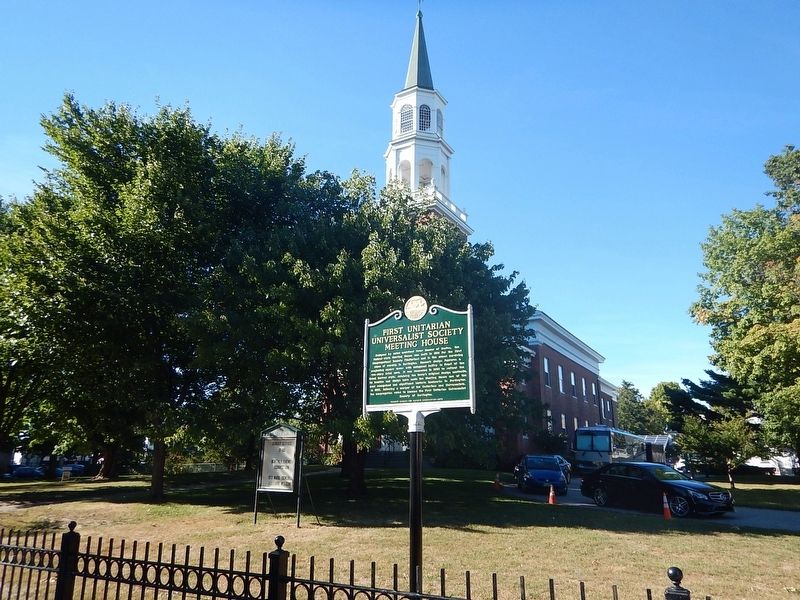 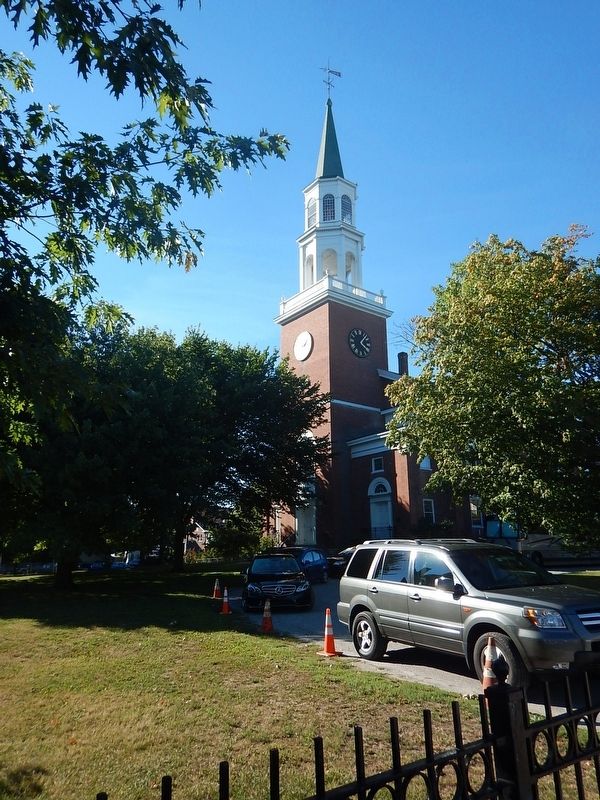