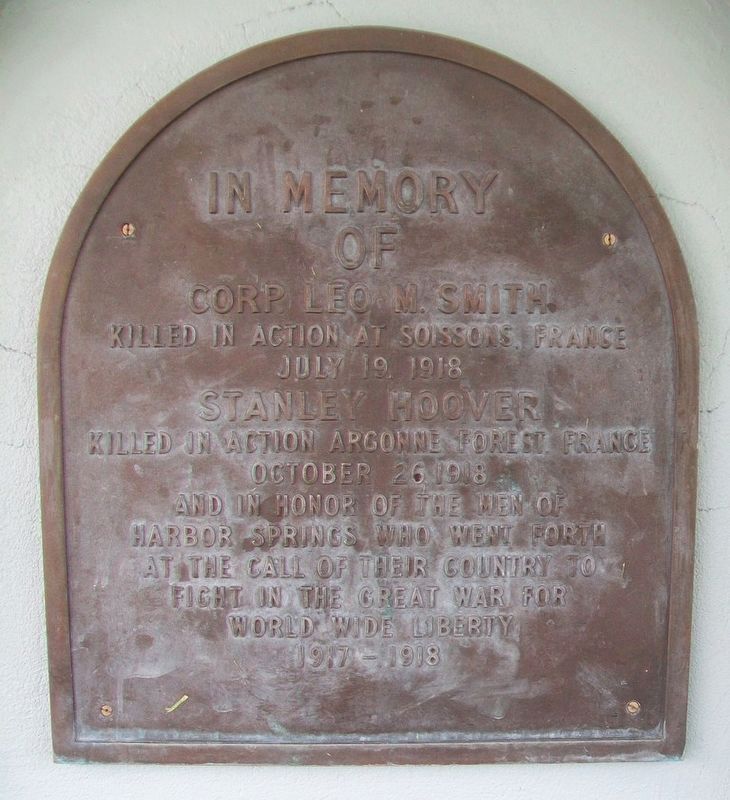 Gordon Burns . David Burton Rodney Hill . Phillip Hulett Lawrence Petoskey . John Tippett and in honor of those from Harbor Springs who served a grateful country during World War II. . This memorial is in Harbor Springs in Emmet County Michigan

Other nearby markers. At least 8 other markers are within 4 miles of this marker, measured as the crow 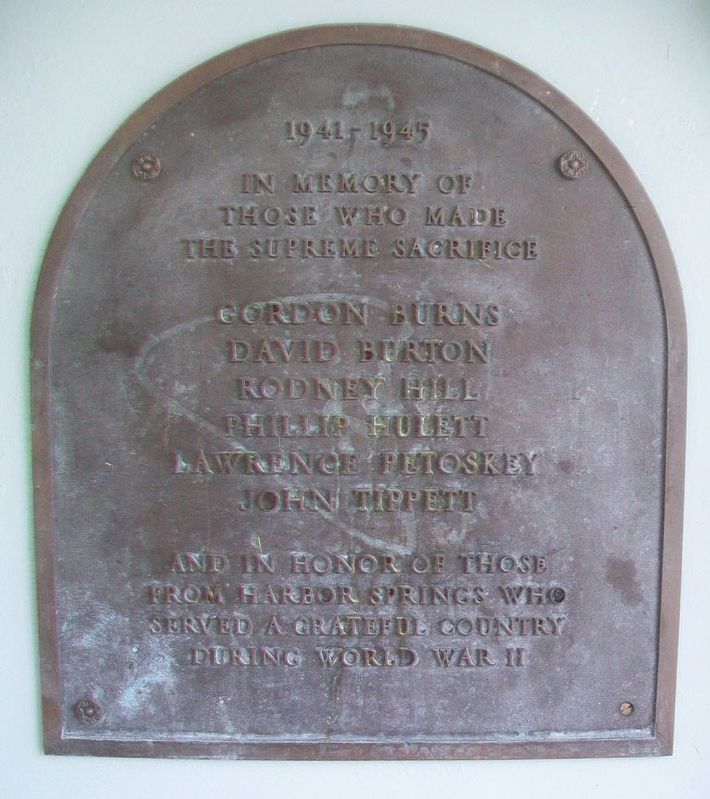 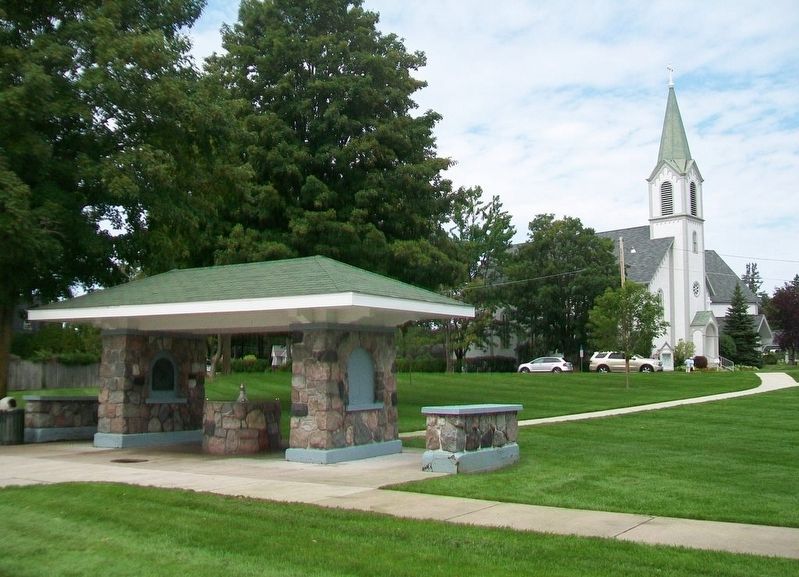