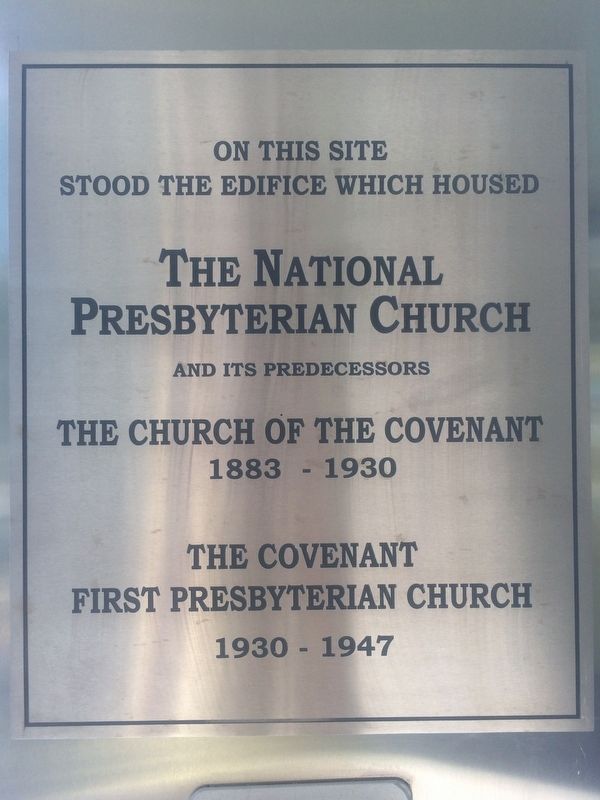 On this site
stood the edifice which housed

The National
Presbyterian Church
and its predecessors

Location. 38° 54.411′ N, 77° 2.489′ W. Marker is in Dupont Circle, District of Columbia, in Washington. Marker can be reached from 18th Street Northwest north of Connecticut Avenue Northwest, on the right when traveling north. The marker is on the southwestern corner of The World Bank Treasury Building, on a column facing away from 18th St., NW. Touch for map. Marker is at or near this postal address: 1229 18th Street Northwest, Washington DC 20036, United States of America. Touch for directions. 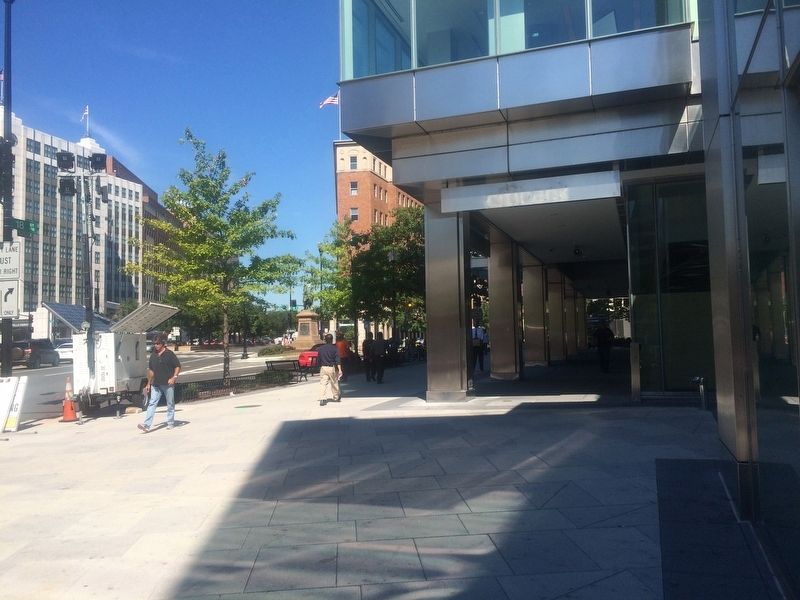 By J. Makali Bruton, September 22, 2016
2. The National Presbyterian Church Marker
The marker is on the closest column, facing away from 18th St., NW. This view is roughly towards the north, looking at both 18th St. and Connecticut Ave., NW
(about 500 feet away); The Elliott Coues House (about 500 feet away); The Paul and Phyllis Nitze Building (about 600 feet away). Touch for a list and map of all markers in Dupont Circle.

Also see . . .  Historic American Buildings Survey Record for the Church of the Covenant. Contains 13 photos and a minor amount of notes. (Submitted on September 23, 2016.) 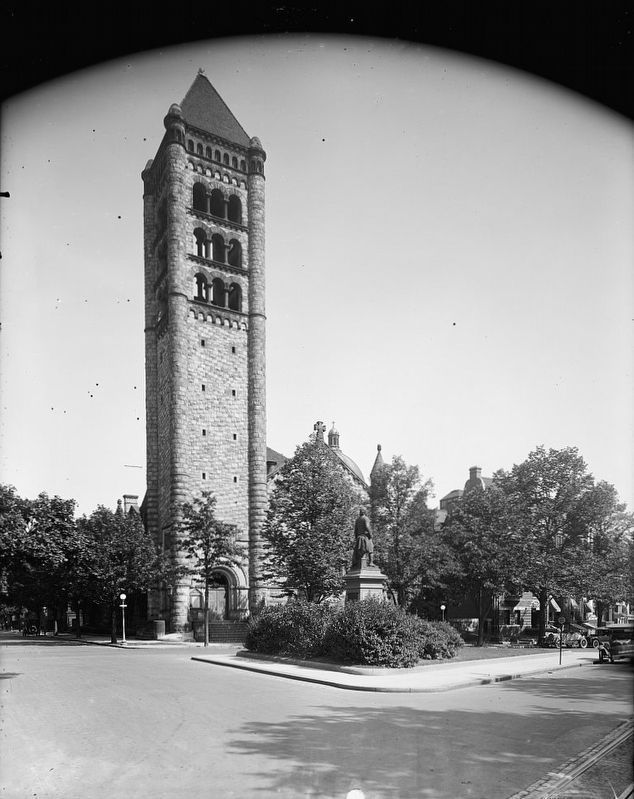 By Harris & Ewing, circa 1925
3. Church of the Covenant
Photo courtesy of the Library of Congress. The statue in front of the church is of John Witherspoon, the only minister to sign the Declaration of Independence. 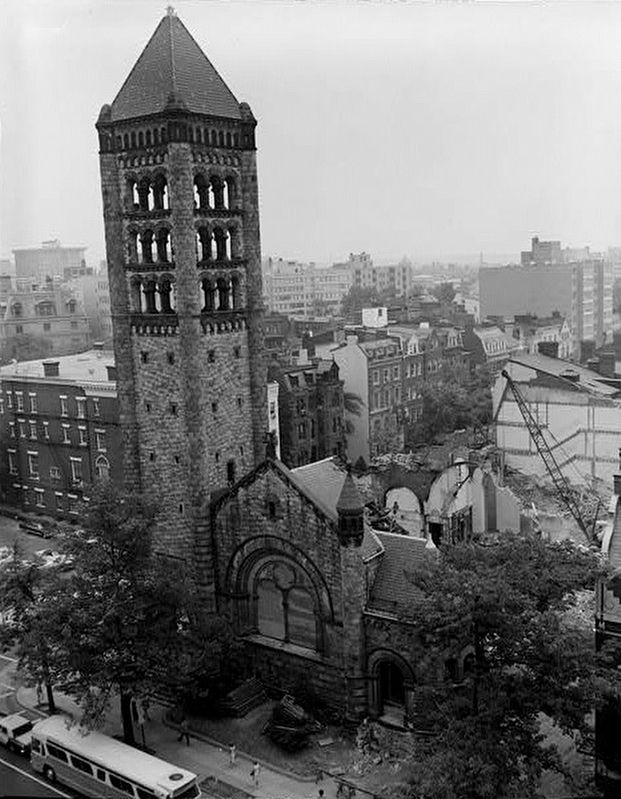 By Campbell Photo Service, 1966
4. Aerial View from the Southwest During Demolition
This HABS photo shows the church's demise in 1966.
More. Search the internet for The National Presbyterian Church.