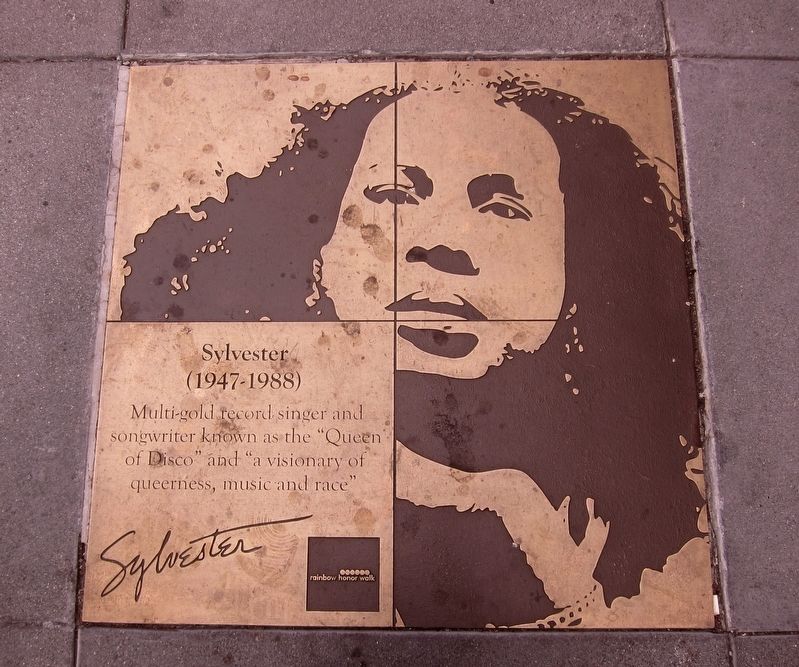 By Andrew Ruppenstein, September 9, 2016
1. Sylvester Marker
Inscription.
Sylvester. Multi-gold singer and songwriter known as the “Queen of Disco” and “a visionary of queerness, race and music” . This historical marker was erected in 2014 by Rainbow Honor Walk. It is in San Francisco in San Francisco City and County California

Multi-gold singer and songwriter known as the “Queen of Disco” and “a visionary of queerness, race and music”

Topics and series. This historical marker is listed in these topic lists: African Americans • Arts, Letters, Music • Entertainment. In addition, it is included in the Rainbow Honor Walk 🏳️‍🌈 series list. 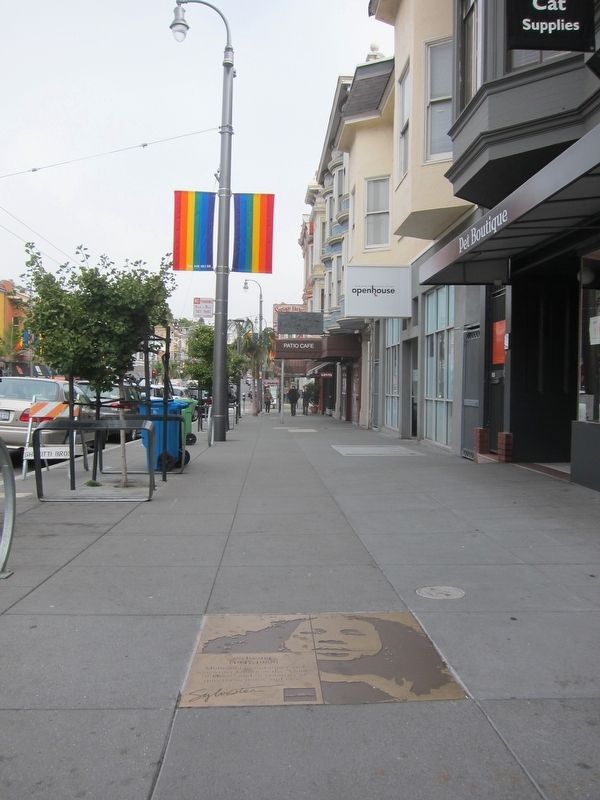 Also see . . .  The Legend of Sylvester. PopMatters' David Masciotra explains Sylvester's legend and legacy: The singer Sylvester – often narrowly and affectionately called the “queen of disco” – is one of the best kept secrets of American music. The cruelty of such secrecy and the thievery of the obscurity in which Sylvester’s varied musical catalogue still lives is not a crime merely because he was one of America’s greatest singers, performing songs in nearly every genre. It isn’t a crime simply because Prince should include a disclaimer with every song he releases: “Apologies to Sylvester”, and it isn’t a crime only because he was a talented and prolific songwriter. Sylvester’s lost legacy is all of the above, and it’s an example of integrity and dignity that his career provides to performers and observers. Sylvester’s career also illustrates the hideous damage 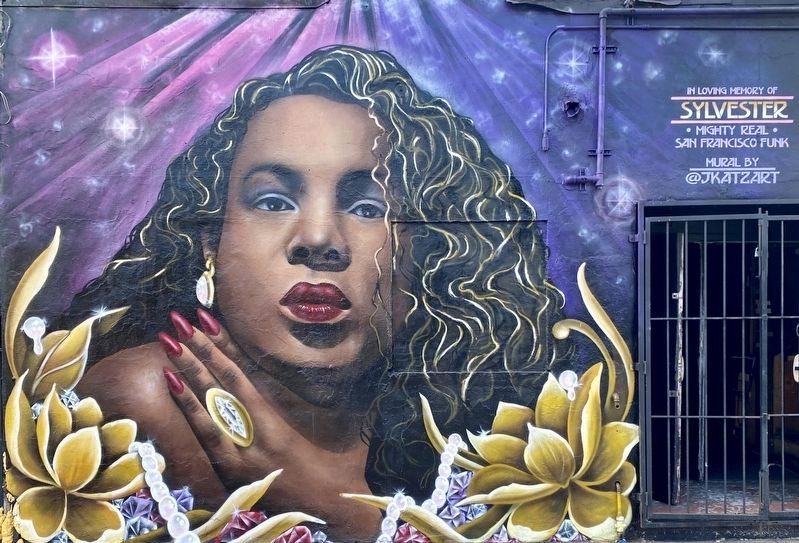